Cap Times reporter Mike Ivey exposes this amazingly bad policy decision by Walker and the Republican legislature. It's impossible to make sense of their actions: 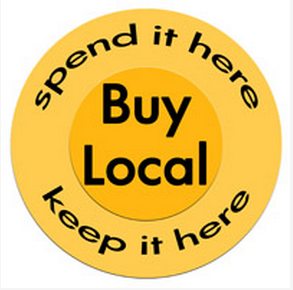 The state agriculture department is out with a new report touting the success of its Buy Local, Buy Wisconsin grants program -- a business development initiative that has since been eliminated by the Walker administration.

The report says that $625,000 invested from 2008 to 2010 resulted in more than $4 million in new sales of Wisconsin food products.“Keeping food dollars in Wisconsin communities supports local business, improves farm incomes and creates jobs,” says the report.

More than 1,900 Wisconsin producers benefited from increased sales traced to the grants, the report says. At least 51 new jobs were created across the state and another 50 jobs were retained.


Mike Powers, division administrator with DATCP, says all state agencies were ordered to make cuts and the decision was made to retain existing staff vs. maintaining the grant program.

Elimination of a relatively small program for local businesses does seem curious given the amount of money being made available to larger corporations.

Tom Thieding, communications director for the Wisconsin Economic Development Corp., says the companies who have benefited from the DATCP grants are simply too small to qualify for WEDC assistance. “One of the things we look at is what is the potential return on an investment and how much co-investment is being made,” he says.

Conservatives are not fiscally responsible, and never have been.