The not so final word on Apple's Chinese slave labor problem.

If you haven't read the recent articles about Apple, and the sad state of workers rights in China, this article sums it up well. Apple is starting to realize they've got a problem. A big problem.

I always thought that China's labor practices would someday reach our shores, thanks to Republican efforts to lower wages and compete with third world nations. But that may not happen after all. China's has been transformed into the world's top competitor and manufacturer, all the while using third world labor practices. Instead of the U.S., maybe it will be China that will be forced to raise wages. 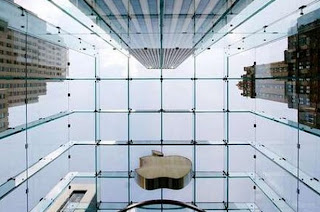 Foxnews: Apple began last week by basking in record quarterly profits, but then ended the week in a public relations retreat after reports of exploited workers in factories in China assembling its hot-selling iPads and iPhones.

Two decades into China's industrial transformation, questions are being asked about how much responsibility authorities shoulder for its hukou (who-co, household registration) system that effectively institutionalizes migrant workers as second-class citizens in their own country. But for now, it is Apple in the firing line … there is enough truth about worker conditions in mainland Chinese factories to offend many of its customers and ultimately damage its premium brand.

Foxconn, which employs over a million workers in China, has been in the headlines before after a spate of worker suicides at its factories in 2010. It later set up helplines and safety nets to stop employees jumping, as well as raising salaries. Basic pay was increased to 2,000 yuan (US$315) a month, up from 1,200 yuan (US$189). The company tends to attract attention because of its size, with over 300,000 working and living in its Shenzhen complex that is the size of small town.

The depressing prospect for migrant workers is they are prevented from joining this new China. Thanks to the decades-old hukou system, they cannot enjoy resident perks such as housing, education and medical benefits available to locals.

This suits provincial authorities, who avoid bearing the costs of providing these services or the infrastructure that an influx a population the size of Foxconn's plant in Shenzhen would require. Meanwhile, they still get the tax revenue from the business located locally. Such a system might have been justified when China was starting out on its path of industrialization. But holding back a permanent rump of citizens as factory cannon fodder is inevitably going to lead to rising tensions.

Another unpalatable consequence of the hukou system on such a scale is it makes it difficult for migrant families to resettle. It is estimated 58 million children of migrant workers are left behind with relatives or in care.

If consumers are willing to demand eggs from chickens that were not factory farmed, it is not much of a stretch that they might demand smartphones assembled by workers with some basic dignity.

Labels: Apple
Email ThisBlogThis!Share to TwitterShare to FacebookShare to Pinterest