To be fair to Mitt Romney, it's not his fault that he pays a 15 percent tax rate. And most people don't spend much time thinking about the implications of the fact that many of the richest Americans in the country make their money through investments rather than wages. In fact, the code does not end up being progressive. 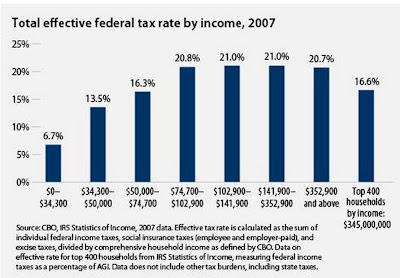 The Congressional Budget Office collects data on the "total effective federal tax rate." That's the tax rate that people actually pay to fund the federal government. It includes not just income taxes, and capital gains, but payrolls taxes and excise taxes. And what it shows is that the tax code is progressive at the lowest levels and regressive at the highest levels. The middle class, however, ends up having a bad time of it. 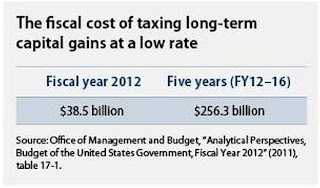 This, by the way, actually overstates the progressivity of the total taxes most Americans pay, as state and local tends to be more regressive. Add them in and the share of the tax burden paid by the poor and middle class rises.