The Myth of "UNCERTAINTY." It's a Republican marketing campaign for more reckless deregulation and tax cuts.

The title says it all...along with the article below by Dr. Jan Eberly, Assistant Secretary for Economic Policy: 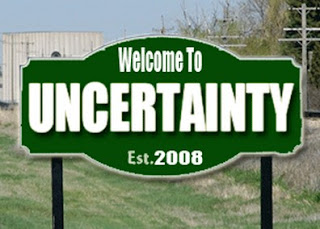 Treasury: Last week at a Senate hearing Secretary Geithner said, “I'm very sympathetic to the argument you want to be careful to get the rules better and smarter, but I don’t think there's good evidence in support of the proposition that it's regulatory burden or uncertainty that's causing the economy to grow more slowly than any of us would like.”

Economists from across the political spectrum have the same conclusion.  Bruce Bartlett, a senior advisor in both the Reagan and George H.W. Bush administrations, said that “no hard evidence” has been offered … And in a recent Wall Street Journal survey of economists, 65 percent of respondents concluded that a lack of demand, not government policy, was the main impediment to increased hiring.

Nonetheless, two commonly repeated misconceptions are that uncertainty created by proposed regulations is holding back business investment and hiring and that the overall burden of existing regulations is so high that firms have reduced their hiring.

In recent surveys, business owners and economists do not list regulation as the main problem facing their business, nor do they blame regulation for job cuts:


In the September survey of small business owners by the National Federation of Independent Businesses, more than twice as many respondents cited poor sales (29.6 percent) as their largest problem than cite regulation (13.9 percent).

In an August survey of economists by the National Association for Business Economics, 80 percent of respondents described the current regulatory environment as “good” for American businesses and the overall economy.

According to data from the Bureau of Labor Statistics, less than three-tenths of 1 percent of mass lay-offs in the second quarter of this year were due to government regulations or intervention. [2] 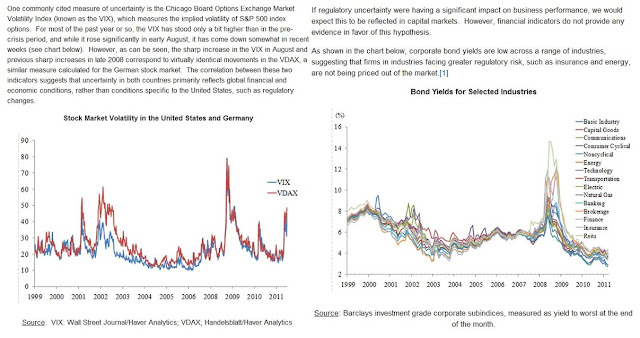