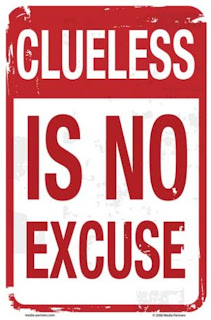 I've got an idea. Why not invite the folks from the Walker administration too and see what they think of the recall strategy, or maybe we could just sent the recall plans to the Capitol so Republicans can talk it over with their political campaigns for suggestions.
What in god’s name were they thinking?
I’ve got a better idea, why don’t they invite us to their meetings, you know, in a show of fair play and solidarity? Hey, I have some free time.
What’s laughable about the following article is that conservatives assume Democrats are taking heat for kicking a Wisconsin Reporter flack out of their recall strategy meetings, when in fact they don't really give a rats ass.

Wisconsin Democrats are taking heat for kicking a reporter out of an organizing meeting for the planned recall of Gov. Scott Walker. Kirsten Adshead, a reporter from the conservative-leaning Wisconsin Reporter, was asked to leave the meeting in Madison after identifying herself as being from the media.

Adshead then reports that she spoke with Democratic spokesman Graeme Zielinski by phone, and that Zielinski yelled at her: "Get out. Don't come to our party functions anymore."

This is the kind of stuff conservatives spend their days grumbling about…an endless whine about their own stupidity. But there was great news too:

While conservatives tweet and rally around the story, including radio-talker Charlie Sykes, Adshead reported a bit of bright news for Dems. Apparently turnout at Madison's recall organizing drive was higher than anticipated. She wrote:


What Wisconsin Reporter found was an event that drew dozens more people than organizers had anticipated, perhaps signaling what organizers claim: a groundswell of support for the recall movement. Democrats are holding several organizing meetings throughout the state this week, including in Racine on Wednesday and Milwaukee on Thursday. See a list of the meetings here.

Even more hilarious, is this Patch online question and predictable answer: