6.2 Million Out of Work, soon to Lose Benefits in February.

The longer the Republican House and GOP minority in the Senate hold any and all jobs bills hostage until they get tax cut permanence, we'll see the lives of unemployed workers destroyed in one fell swoop in February.

WSJ: The number of Americans out of work for more than six months rose by 208,000 to 6.2 million in September, the Labor Department said last week. Some 44.6% of all of those who are unemployed have been sidelined for at least six months. Most of those individuals — nearly 4.4 million — have been out of work for a least a year.

In past recessions, unemployment extensions continued until the unemployment rate dropped below 7.5%. That’s a long way from the 9.1% rate recorded for September. Indeed, economists in the latest Wall Street Journal forecasting survey see the rate still elevated at 8.2% in December 2013.

According to the Business Insider, wages are also a problem when it comes to our economic depression. Check out the downward spiral workers have seen in wages since the massive rise in corporate profit taking and globalization. 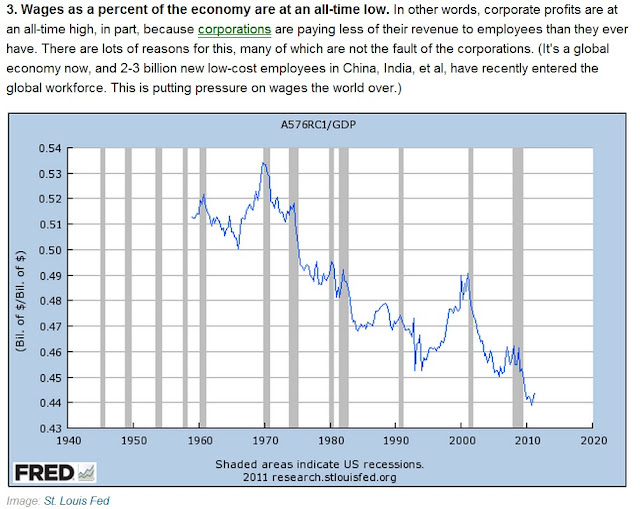