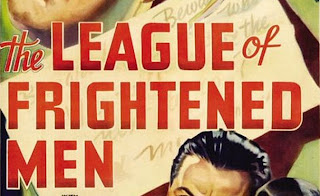 Republicans showed all of us why they want to carry guns. They're afraid. Scared to death of another terrorist attack, scared to death of their fellow citizens, and envious of the all the benefits doles out to the poor.

But the best example of that fear came when they chose to hide from the peace loving, latte sipping protesters by spending $8 million for protection. They still don't understand that we're not like them, with threats of Second Amendment remedies and revolution. I've written about this before.


jsonline: The Legislature's budget committee approved paying $8 million to cover the costs of having scores of law enforcement agencies provide security at the Capitol during this year's protests.

How wasteful were the scared Republican lawmakers? Would you believe…

The Joint Finance Committee voted unanimously to have the state pay the costs to 199 local law enforcement agencies, four state agencies and three University of Wisconsin campuses for helping provide security at the statehouse.

Even more outrageous were the accusations the Madison police were helping organize and encouraged protesters to terrorize Republican lawmakers. You can’t make this stuff up…

Some GOP lawmakers questioning whether Madison's officers and its liberal elected leaders had been trying to help in good faith.

Aw, not everyone agreed with conservative authoritarian lawmakers to give up, go home, and wait two years?  With just the right response:

"It's an insult to the very individuals who protected you more than anything. They escorted you, they didn't escort us," Rep. Tamara Grigsby (D-Milwaukee) told her Republican colleagues.