Recall Reform Editorial Advice by Media Outlets: We should give in to Republican batterers until the next election. 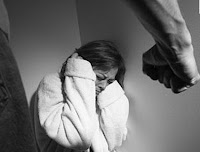 If you catch somebody ransacking your house, do you patiently wait till they leave to clean things up?
That’s what the compliant media is telling us to do in editorial after editorial when it comes to reforming our recall law. This is the same media that pushed the importance of the tea party movement, but vilified the public outcry at the Capitol over tax cuts for businesses at the expense and repeal of labor rights. Guess they got that wrong too.
Not one editorial mentioned how the Republican politicians passed their labor stripping bill. It wasn’t just the collective bargaining law, but a multitude of austerity measures being rammed through in what would have been a few weeks, without debate, without public input or explanation. Remember?
Folks, this is only 9 months after their takeover, and already the media has forgotten how all this began.

jsonline: The recalls were unwarranted. A vote or stance on one issue is not sufficient in our view to justify the expense of a recall election. And they were expensive: The elections cost the state and local governments $2.1 million.

Yea, right, we can’t afford speaking out anymore. Looks like the two recalled Republican Senators shouldn’t have been replaced after all. How could we have been so wrong.
But most unsettling is the following shocking anti-American reason to submit:

While elected officials need to pay attention to the wishes of their constituents, they also owe those constituents their best judgment, which sometimes means doing what they think is right instead of doing what's popular. The threat of recall may inhibit that judgment.

We must submit to their tough love, their unpopular publically opposed, bad decision making because…we need adult supervision and discipline? They’re doing it for our benefit? This is the same stuff we're hearing in the Republican presidential debates; they'll do what we don't want them to do, because they know what's best for us. Or in the context of a batterer; it may hurt now, but it'll get better.
Clueless, the Journal Sentinel doesn’t get it at all. News flash; the threat of recall to inhibit political arrogance is why we shouldn't change anything.

The famous quote -Thomas Jefferson: "When governments fear the people, there is liberty. When the people fear the government, there is tyranny."
Posted by John Peterson, Democurmudgeon at 9/23/2011 10:36:00 AM