UPDATE:  Police apparently know the name of the guy who tried to cool Rep. Robin Vos off at a local bar. He's popular protester Miles Kirstan. Besides a beer shampoo, Miles has a plan, and claims that fellow protesters will turn out in large numbers and claim they did it...you know, the old "I am Sparticus" trick. Great coverage from Fox 6 in Milwaukee:

Does anyone deserve the following more than Representative weasel and wise ass Robin Vos? I'm at a point right now that outward signs of hostility are starting to sound like the only options left. But you have to question whether such actions are worth wasting a good mug of beer. 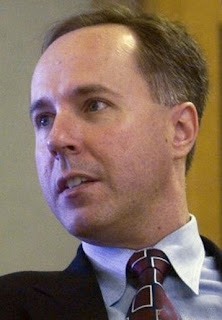 Cap Times: Three state lawmakers had their night turn a bit soggy Wednesday when a man dumped a glass of beer on the head of one of the lawmakers, with the beer then splashing on the other two, Madison police reported … at the Inn on the Park, 22 S. Carroll St., at about 10:25 p.m. Wednesday.

The suspect allegedly yelled out something on the order of "Money" and "Damned Republicans" before pouring a glass of beer onto Vos' head. "All of the victims indicated the suspect swore at them and called them criminals."

According to the release, the suspect showed up at the bar of the hotel accompanied by a man with a video camera. "The bartender asked the videographer to turn the camera off," DeSpain said. "Following the request, the suspect took the glass of beer and emptied it onto the lawmaker's head."