It appears our elected royalty wants the kind of workplace “certainty” most Wisconsinites can only dream of having in midst of our current recessionary times.
Another Republican snake, who thinks democracy shouldn’t be this expensive, would like to secure his job regardless of his performance, by reforming the states recall process. Poor baby is worried his actions might just get him fired.
Funny thing; while Republicans love the influx of “free speech” money flowing into their own campaigns, they have the balls to whine there’s too much money when it’s convenient.
Oh, and all this democracy stuff ruined what would have been an “ordinarily peaceful summer.” Outrageous!!! 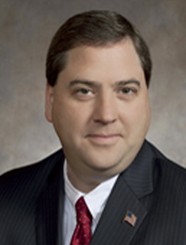 Rep. Paul Farrow (R-Pewaukee) released the following statement on the circulation of a constitutional amendment to reform the recall process: “During the recall debacle of the past 6 months, we have seen a tremendous waste of resources.  Recent estimates show an unprecedented $45 million of private funds was funneled into Wisconsin, and used to deluge voters during an ordinarily peaceful summer.

This amendment will protect the integrity of our regular election system … ensure that recall elections remain rare – rather than on a cycle of constant repeat.

Correct me if I'm wrong, but Wisconsin had never experienced anything remotely similar to what happened this summer, so how could it be “a cycle of constant repeat?” The cost to the state was a meager $2.1 million.
Just the fact that Farrow admits that he and his fellow rogue elites want to “ensure that recall elections remain rare,” is proof enough of their true intentions.

“…never should the minority’s dissent be allowed to squelch the voice of the majority of voters.”

Tell that to the 10 Republican county board members who are holding their budget hostage. Out of the 37 member board, dominated by a Democratic majority, these 10 shouldn't be "allowed to squelch the voice of the majority."