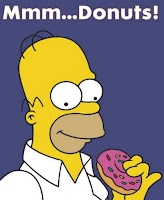 After researching the subject of “brainwashing,” I ran across the following fear mongering right wing warning about Rupert Murdock’s (you read that right) attempts at brainwashing. Surprisingly, it wasn’t about the news arm of the corporation, but the entertainment side. Murdock and Fox Entertainment were brainwashing television viewers into believing the myth of global warming. Gulp!
Like Herman Cain’s “blacks were brainwashed by Democrats” lunacy, this popular 60’s and 70's story line seen in movies and television shows ad nauseam, is real to conservatives.
Think what would happen if Murdock used these same brainwashing techniques to push a radical right wing agenda….

PrisonPlanet: Rupert Murdoch’s Twentieth Century Fox Corporation has admitted to planting political brainwashing within its globally popular TV shows and indeed boasts that it is proud of the fact. This is not the first time Fox have been enthusiastic in propagandizing for the establishment. In 2003, Rupert Murdoch himself admitted that the corporation had “tried” to help the Bush administration sell the war in Iraq. In other words, Fox has embarked on a deliberate campaign, which could only have been done with the coordination of the script writers of each program, to force people to accept the pseudo-science of global warming by brainwashing them into accepting it as a reality.

But how do you brainwash unsuspecting citizens?

In one of the most ironic statements yet by the far right, Prison Planet appears blissfully ignorant of Fox’s more sinister influence on politics.

Millions of people not just in America but globally are being educated, or should I say re-educated, about the highly complex and highly debatable topic of global warming, not through a reasoned public debate between advocates and skeptics, but through fictional cartoons, comedies and drama shows produced by a monolithic corporation that has its tentacles deeply embedded into the same establishment that is trying to sell global warming in order to introduce a CO2 tax and regulate people’s lives.