Hike in Health Care Insurance not because of Affordable Care Act.

The shocking news is old really. Health care premiums are up again. 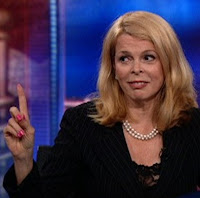 A new report claims that Obamacare is only negligibly responsible for the surge in health insurance premiums this year, but former New York Lt. Gov. and healthcare expert Betsy McCaughey says its provisions do come with a steep price and there is “no tooth fairy.” Drew Altman, chief executive officer of the Kaiser Family Foundation, asserted that the healthcare reform bill enacted last year accounts for just 1 to 2 percentage points of the premium increases in 2011.

But instead of going to a single payer system that takes the health care burden off business, Republicans have decided to focus on the tax cuts. The greatest help for business; take health care off their backs, but not the way Paul Ryan wants to do it, with a voucher (you pay the balance and self-ration the rest or go bankrupt).


The average cost of a family policy climbed 9 percent to $15,073 in 2011 … health insurance is consuming a bigger share of employer costs, forcing many companies to eliminate pay raises and pass on more medical costs to workers.

But the obvious pain companies are going through with health insurance and the hit employees are taking in the paycheck with copays and coverage is missed by Betsy McCaughey. With cuts to take home wages, consumers aren’t spending like they used to.

So for McCaughey, it’s all about the Affordable Care Act.


“That's why McKinsey & Co. found that as many as 50 percent of large employers surveyed are considering dropping coverage in 2014. If that happens, middle and high earners will be forced into the exchanges, and lower income workers will be forced onto Medicaid."

Lower wage workers won’t be forced into Medicaid, they’ll be pushed into it by our expanding lower wages in our race to the bottom. And it won’t be their fault.

But even worse than that, McCaughey resents the impact of Medicaid on profits:


This year's premium hikes also result because more people have lost their jobs or part of their income and now qualify for Medicaid, “the government program that shortchanges hospitals and doctors,” McCaughey noted.

Instead of tax cuts, maybe Americans can keep more of their money by going single payer.


The average American now accounts for about $7,538 a year in medical costs, including out-of-pocket expenses, according to the Organization for Economic Cooperation and Development. The average cost per person in industrialized countries including the U.K., Norway and Switzerland is $2,995.