Miss USA Winner a Threat and Arab Plot against America 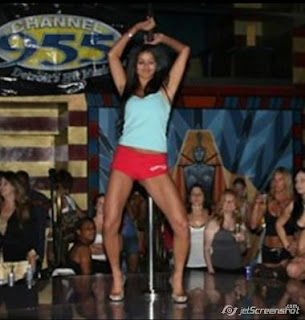 It really is okay to be a racist, fear mongering anti-Islamist "exceptional American."

Miss Michigan Rima Fakih, 24, made history this week as the first Arab-American to win the Miss USA competition, here.

The extreme right has gone ballistic –painting Fakih as a mole for Hamas and part of some Islamic threat despite her appearing in a bikini and contradicting most of the mores of conservative Islamic mores.

It’s a sad day in America but a very predictable one, given the politically correct, Islamo-pandering climate in which we’re mired. The Hezbollah-supporting Shi’ite Muslim, Miss Michigan Rima Fakih–whose bid for the pageant was financed by an Islamic terrorist and immigration fraud perpetrator–won the Miss USA contest. I was on top of this story before anyone, telling you about who Fakih is and her extremist and deadly ties.

I do not even like such pageants but it is astonishing how little it takes to vent such anger and prejudice. Of course, even a scarf on a donut commercial in enough to trigger a national boycott today.

Born American, Fakih represents another reason to energize the base of the Republican Party, who imagine spys living next door planning their next attack. Or her participation in a radio station pole dance pictured above. Of course, conservatives love being the victim, especially when they take unpopular racist positions. Why is everyone picking on racism?

"I'm a huge believer in states' rights. I think that's what's so wonderful about America, so I think it's perfectly fine for Arizona to create that law."

So does she regret her answer?

“I was absolutely ready for the question and truthfully for me, it wasn't tough. I believe if you know who you are and what you believe and why you believe it, then no question can stump you,” Woolard told Pop Tarts. “I was confident in my answer, there was no hesitation, and I just spoke from my heart and I believe what I said was well said and I feel strongly about that and I'm proud of my answer.”