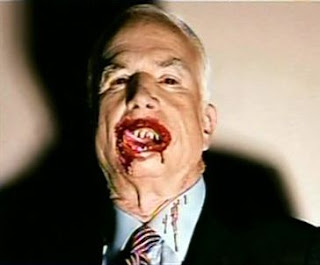 This is how crazy the news media is about creating a "controversy."

"…congressional Republicans wasted no time in reviving the debate on whether to read Miranda rights to a terror suspect. The Miranda issue rose to prominence in the aftermath of the failed attempt to blow up an airliner on Christmas Day."

But the narrative is controlled by the Republican Party because of its "emotional" appeal, and encouraged by the press, who can't seem to get enough of these mindless "controversies."

FBI Deputy Director John Pistole said Shahzad was initially interrogated by the FBI under the "public safety exception to the Miranda rule" and … was later Mirandized … Pistole declined to say how long Shahzad was in custody before he was Mirandized.

The Daily Shows Jon Stewart painfully pointed out how Glenn Beck stood up for the rule of law, while Sen. John McCain stood out as a cafeteria constitutionalist.