Rep. Barca blasts Republicans for "putting together a Nixon-style enemies list for anyone who dares to disagree..."

Assembly Democratic Leader Peter Barca gave me a glimmer of hope with the following strong and nicely worded response that started with this:

"Rep. John Nygren (R-Marinette) and Sen. Alberta Darling (R-River Hills), who accused UW-Madison Chancellor Rebecca Blank of 'bringing Washington politics to Madison' for daring to suggest that there could be negative effects associated with the Republicans’ proposed $300 million budget cut to the University of Wisconsin System."

Here's the kind of fight I'd like to see: 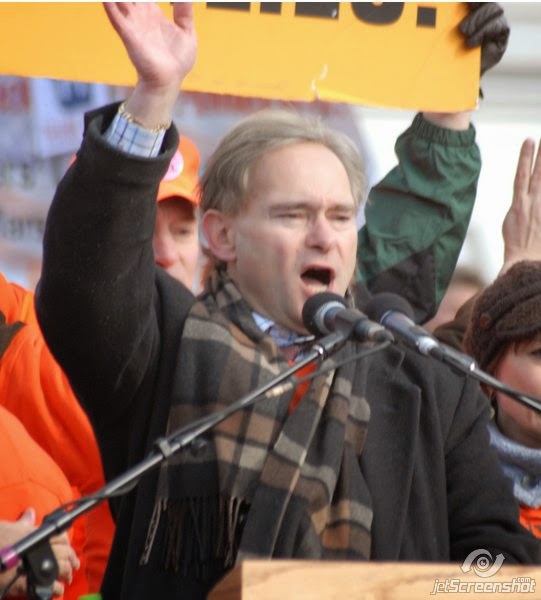 “It almost appears as if Republicans are putting together a Nixon-style enemies list for anyone who dares to disagree with their agenda. As a result, the Chief Justice of the Supreme Court, our non-partisan elections watchdog, the co-owner of the Bucks and our university system have all been targeted by Republicans in recent months. It also makes you wonder who might be next.

“The reality is that the Republicans won’t accept anyone telling them the truth – that their policies have been destructive to our economy, our students and our communities. If Republicans spent more time finding solutions ... maybe our state would not be lagging in jobs, personal income and other priorities important to the people of Wisconsin.”