With Scott Walker's run for the presidency getting national attention, wouldn't it be great if the media had a chance to examine his record as...Milwaukee County Executive? It's a horrific. Let's get started:


1. He wanted to take the federal stimulus money and convert it into rebates and a sales tax holiday.

3. Gubernatorial candidate Scott Walker said he would consider cutting state-funded medical care for the poor, elderly and disabled in order to reduce state taxes if he's elected governor next year.

4. The state Elections Board wants Milwaukee County Executive Scott Walker to pay a $5,000 fine because he failed to tell voters who paid for some of the phone calls he made last fall urging them to support his budget proposal.

5. Journal Sentinel- … Scott Walker's proposal to dismantle Milwaukee County government. Walker, the county executive who is running for governor, renewed his call to parcel out county functions to the state, municipalities and to governmental districts yet to be created. Walker has proposed having the state take over administration of public assistance programs, social services for seniors and people with disabilities, and the courts. Cities and villages could take over maintenance of county roads.

6. Gov. Scott Walker's Milwaukee County executive office was using a secret Internet system as early as 2002, according to a former county administrator who said he helped set up the network.

7. Milwaukee County Executive Scott Walker says he didn't mean to subject sheriff's deputies and jailers to eight unpaid furlough days next year, but others say one of his 2010 budget vetoes did just that. At stake is roughly $250,000 in savings counted toward next year's budget.

8. jsonline-Daniel Bice: Milwaukee County government is in such dire financial shape that state lawmakers should push through legislation that would allow it and other local governments to file for bankruptcy … So the Greater Milwaukee Committee released this unforgettable statement: "We don't want this to become some sort of political football during the fall election campaigns." Michael Grebe, the head of the conservative Bradley Foundation, is chairman of both the Greater Milwaukee Committee and the campaign for Milwaukee County Executive Scott Walker. Grebe said, "it would be more effective for us to release after the election."

9. Jsonline: Milwaukee County's new director of economic development and his former business partner filed for bankruptcy after accumulating debts of more than $430,000 from the City of Milwaukee and the State of Wisconsin to help finance a failed central city custard stand, leaving taxpayers potentially on the hook for … well over a half-million dollars.

As it turned out, this cartoon was a dire warning: 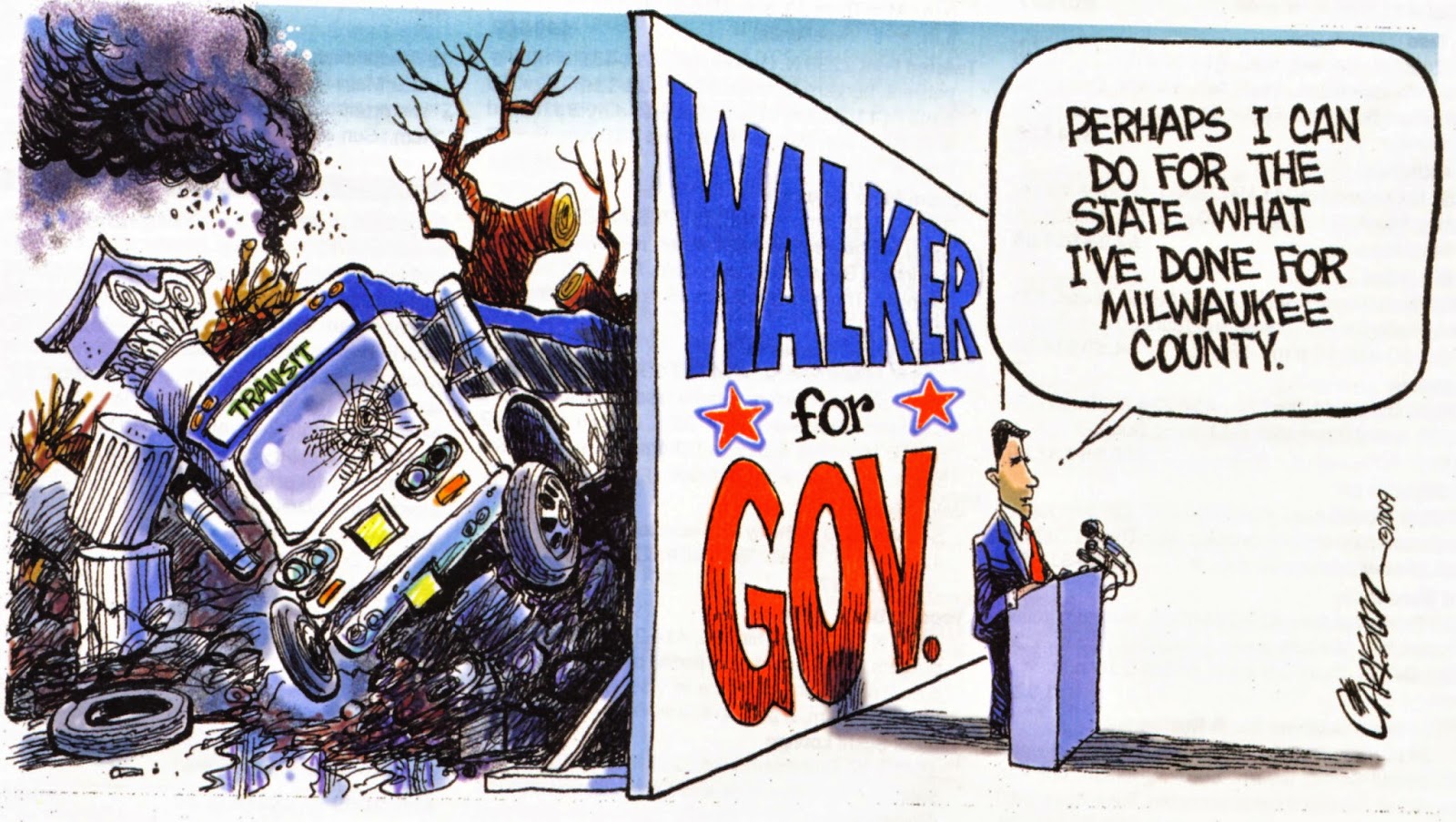