The 2 Scott Walker appointed commissioners on the PSC just sided with one of the major state utilities to discourage energy conservation by their customers. Walker has done everything he can to discourage wind and solar energy expansion in Wisconsin to protect his big money buddies in the coal and gas industries. He's moving fossil fuel "forward:"


jsonline: In a 2-1 vote, state energy regulators authorized an 83% increase in the fixed charge for customers of Wisconsin Public Service Corp., siding with the Green Bay utility and against solar and consumer advocates. 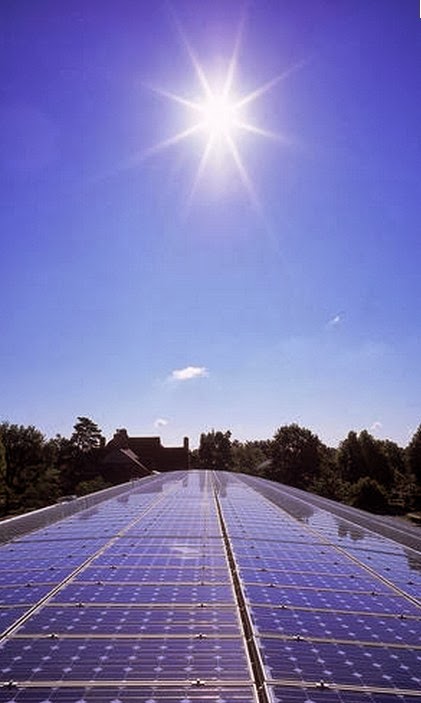 And the price of what could be the first of many additional utility increases:


The Public Service Commission voted to raise the customer fixed charge to $19 a month from $10.40 currently. The utility had sought a 140% increase to $25 a month. The case is the first of several expected to be voted on this month by the PSC, which has similar proposals pending from Milwaukee-based We Energies and Madison-based Madison Gas & Electric Co.

The two commissioners appointed by Gov. Scott Walker agreed with utilities' arguments that a higher fixed charge is justified ... Montgomery and Nowak said it is reasonable for utilities to collect a greater portion of their fixed costs, such as poles, wires and utility equipment, through the fixed charge.

Not beating around the bush, the commissioners were increase the price now before public opposition builds:

They agreed that now is the time to make a change before it becomes a bigger issue as more customers start generating their own power. "This is not an attack on wind and solar," Nowak said. "It's about fairness."

I'm sure the same was said about the once struggling horse and buggy industry. Other state's were breathlessly watching the decision here, hoping it could set a trend for higher base prices. Here's what has happened in other parts of the country. Bloomberg:


In Arizona, 1,000 protesters last month swarmed the state capital while local and national solar advocates lobbied against an effort by utility Arizona Public Service to impose a $50 monthly fee on new solar adopters ... after two days of often contentious debate, voted to allow the state’s largest utility to charge customers about $4.90 a month for solar connections after Dec. 31 -- less than 10 percent of what it was asking for. Lyndon Rive, CEO of SolarCity Corp., said it was “crazy for a utility to charge for services they didn't deliver.

William Walker estimates his bill would have dropped most months to an $18 service charge -- offsetting that $305 loan payment … he figured the (solar) system could pay for itself in as little as five years; his electricity after that would be free. That is until his utility, a subsidiary of Honolulu-based Hawaiian Electric Industries Inc. (HE), told the Walker’s they couldn’t connect their system to the grid. They aren’t alone ... hundreds if not thousands of the state’s residents are being put in solar limbo by a virtual moratorium on new connections. The reason ... circuits may become oversaturated, causing voltage spikes, damaging appliances ... The company needs more time to study the matter.

Oddly, the Democratically appointed commissioner took the solar customers side:

Commissioner Eric Callisto, who was appointed by Gov. Jim Doyle, said the commission should have frozen fixed charges for all the utilities seeking increases this year, and ordered a statewide study of fixed charge and customer-sited generation.

"It is the key issue in this rate case season and one that has given the utilities in this state and this commission national attention," said Callisto of the fixed charge controversy.

The commission should only consider an increase in the fixed charge if it reduces the profit rate, or return on equity, that utilities earn below the 10.2% that the PSC approved Thursday, Callisto said.