The partisan divide in Wisconsin is so extreme now, that Republicans who may or may not be qualified, are pretty much a sure thing. Conservative voters have their own identities so closely tied in with the Republicans, that any election failure is a personal insult to them:


WSJ: Democratic strategist Paul Maslin said another explanation for Walker’s big win was his continued success in courting voters outside Dane, Rock, Milwaukee and the five other counties that make up southeastern Wisconsin. In Milwaukee County, Burke received almost 20,000 fewer votes than Barrett (Walker’s total dipped by nearly 11,000 votes). “Republicans are better at holding onto their voters and keeping them active in a midterm election,” UW-Madison political science professor Barry Burden said.

David Wegge, director of the St. Norbert College poll said part of the explanation for the break toward Walker is there are no undecided voters in the final election results.

Here's the proof in graphs. Thank you so much Milwaukee for letting us all down. And you guys in Racine...I hope vouchers continue to destroy and defund your public schools. Enjoy your empty lives: 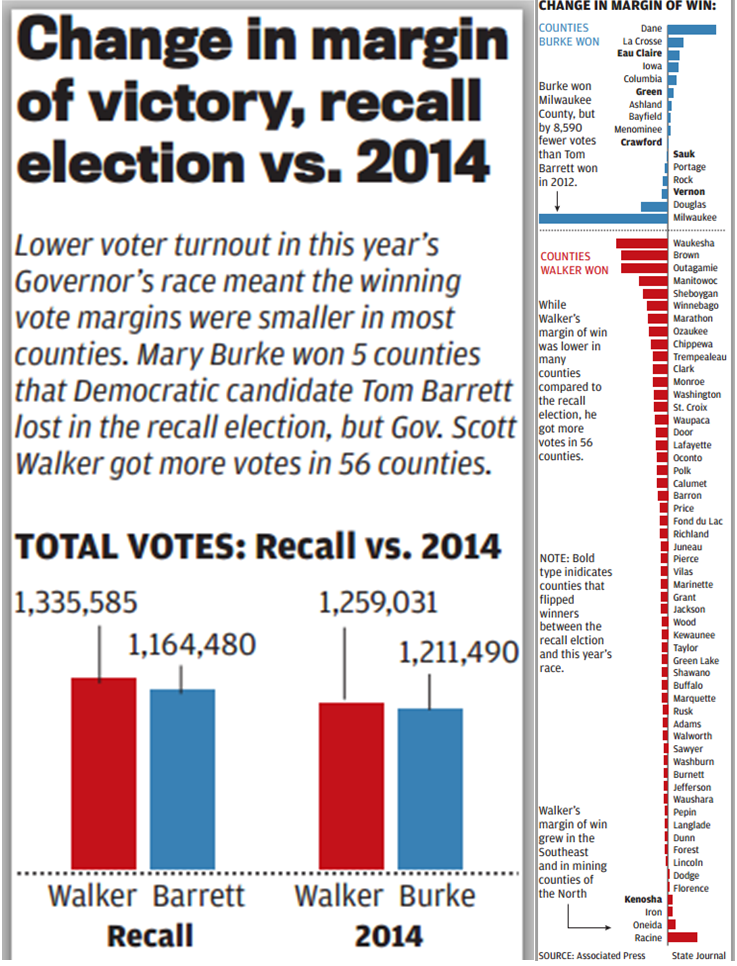