The Unshakable Walker Voter does without BadgerCare and a hike in the Minimum Wage!

Republicans no longer think policy issues are important. They're more concerned with their party's dominance and leadership, than the minimum wage or BadgerCare. They also see this as a time to get even with freedom suppressing liberals. Scott Walker's divide and conquer scheme oddly turned conservatives into Borg-like voters.

So Republicans have turned elections into a form of political intimidation, bullying. They won't give in to the Democratic Party's pleas for a wage hike and health care. Party unity and leadership mean so much more.

Citizen Action of Wisconsin accumulated the vote totals from referendums around the state, and it's clear Republican Party leadership doesn't care what the public wants. There's an ideological principle to uphold, despite the lopsided support for both BadgerCare (on left), and the Minimum Wage (on right): 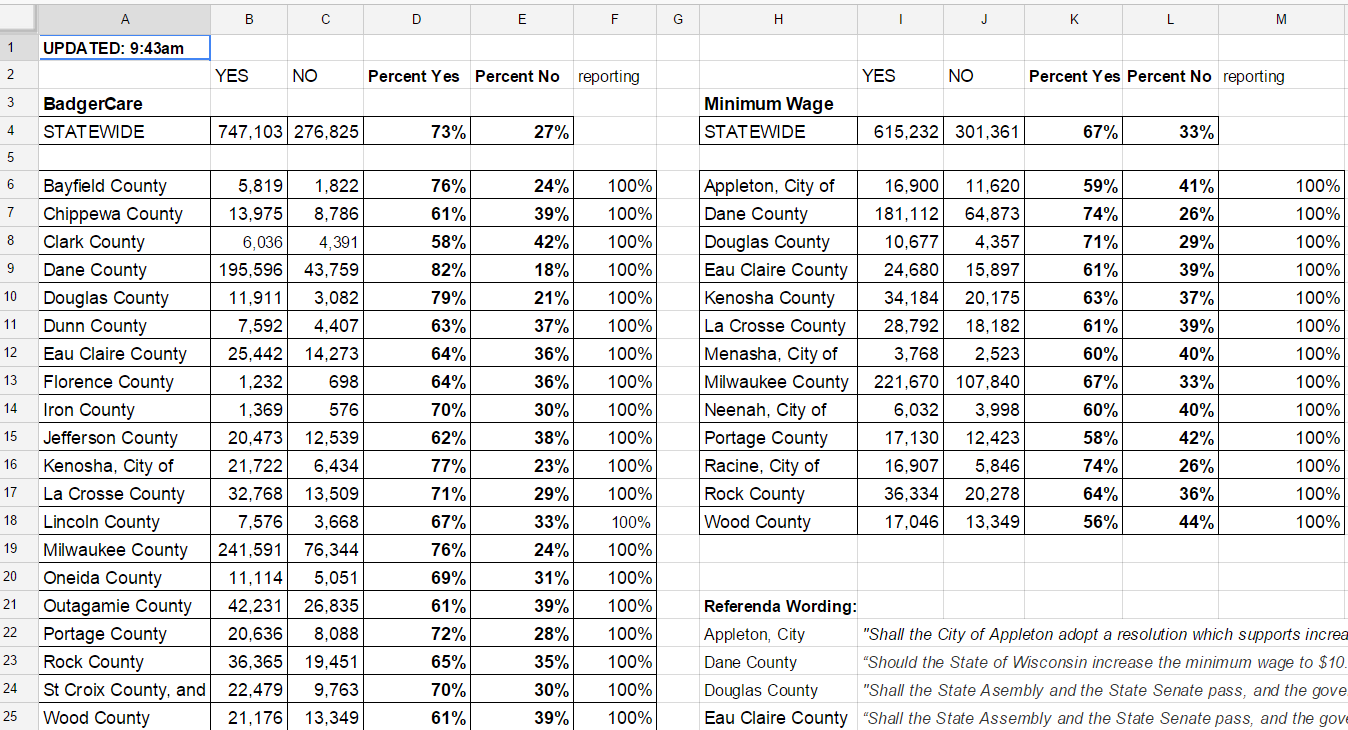