Republicans in Wisconsin have it easy here now, knowing that whatever happens can be blamed on former governor Jim Doyle. With their conscience cleared, they head to the polls and vote for Scott Walker. 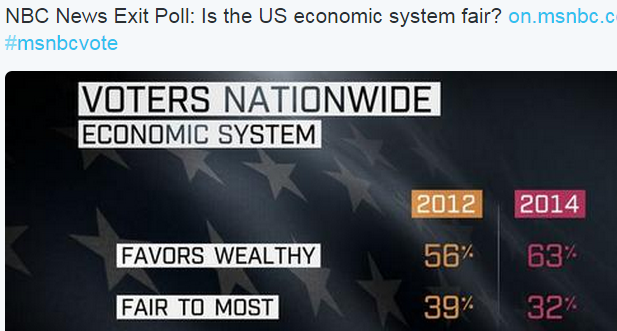 And while Scott Walker is telling everyone how how great things are, the public is seeing something different, like lower standards, a crumbling infrastructure, and declining wages. They've soured on the economy and the direction of the country thanks to guys like Scott Walker, but can't resist taking his petty tax cuts. They're also pretty happy to find out the Great Recession wasn't their fault, it was because of Jim Doyle and Mary Burke.

Scott Walker gave a nationalized speech tonight, and for good reason, he got that one thing he said would force him to run for president, a Republican  senate.

Walker is a walking memorized script of talking points and stories we now get to hear over and over all over again.

The conservative Wisconsin State Journal gave a whole bunch of good reasons why they endorsed Mary Burke for governor. I posted it here a few days ago as a way to look back at what we missed. Burke was smart, apolitical, and business all the way. Funny, business didn't care much about that CEO toughness. They knew they wouldn't have Governor Dupe anymore, and their BS gravy train would be over.

Here's what the Walker mob did during Mary Burke's concession speech. 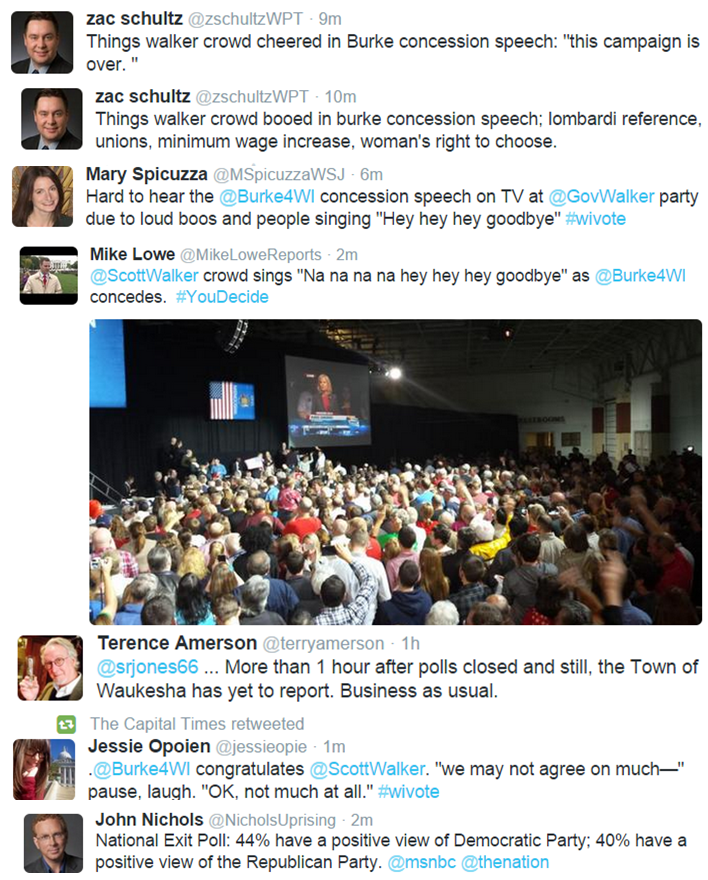 Here's Mary Burke's speech, the one that got booed by those classy "stand with Walker" brownshirted thugs:


Here's Walker's presidential speech...I mean acceptance speech. Oh, and I think he wants Democrats to blame God for his victory:

When Walker promises to let everyone run their own lives and control their own destiny, his followers cheered. There's another way of looking at it though; as individuals supposedly controlling your own life and destiny, try fighting large corporate groups, think tanks and business lobbyists all by yourself. Kinda puts us all at a major disadvantage against the monied interests, and divides the nations people from their government. That can't end well.
Posted by John Peterson, Democurmudgeon at 11/05/2014 12:47:00 AM