Now in charge of Wisconsin, these "Stand with Walker" voters are speaking out....

We know Wisconsin Public Radio isn't exactly the most popular radio station on dial for Republican voters, so anytime a few of the more moderate ones decide to call in and drool on and on about their dictatorial leader Scott Walker, it's an eye opener. 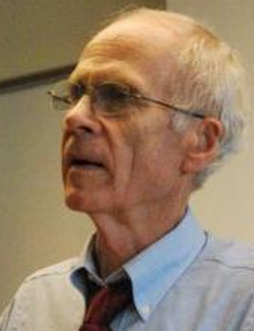 Take for instance reelected Secretary of State Doug La Follette, who talked about how Walker divided Wisconsinites; from booing opponent Mary Burke's Vince Lombardi quote, to the perception that Walker is succeeding where Obama is failing.

That prompted a few typical "stand with Walker" voters to call-in. Take note, these are the people who are now deciding who will be running our state government. I never thought the so-so dystopian film "Ideocracy" would turn out to be a brilliant foretelling of our current political environment:

The callers didn't mention La Follette's Republican challenger, Julian Bradley, for some odd reason. He wanted to restore the powers his own party took away from that "do nothing" office.

Democrats need to change the way they frame their successes. For instance, why do they always throw out "qualifiers" when they bring up their accomplishments. Like "things could be better," "we're not there yet," "there's still a lot of work to be done." That kind of goes without saying, you know? While on the Republican side, utter economic failure is touted as "the Wisconsin Comeback" and "moving forward," which is nothing even close to reality.

More on Republican/Ideocracy: In a misguided critique of the movie "Ideocracy," the reviewer still made some nice observations that apply today. Check out the comments section too. Here's the link.


"Idiocracy is now our point of reference for the dumbing down of society. Whereas previous generations had movies like Network (1976) that challenged our understanding of possible media-driven futures, millennials have Idiocracy. And while the film expresses an arguably legitimate frustration with our current cultural landscape, it also leads us down a strange and illogical path for creating a better future."