Gee, revenues came up short. Who could have foreseen that happening?

Democrats, that's who. And who didn't believe the Democrats? Republicans and their Borg-like believers who laughed at the whiny Democratic tax and spender election losers.

After all, Scott Walker sounded so sure of himself and his supply side corporate welfare state. Businesses did promise more jobs if they just had more money via tax cuts...suckers. No avalanche of jobs folks. Funny how republican politicians keep falling for that.

Scott Walker's twisted spin on the bad news? He wants credit for seeing the huge budget deficit coming, prompting his fire sale cuts to everything that makes us Wisconsin. He's a courageous leader with big and bold ideas. And that previous bad budget republicans couldn't stop bragging about in the 2014 elections? Heck, that made all of the big and bold cuts today possible. Are they good or what? 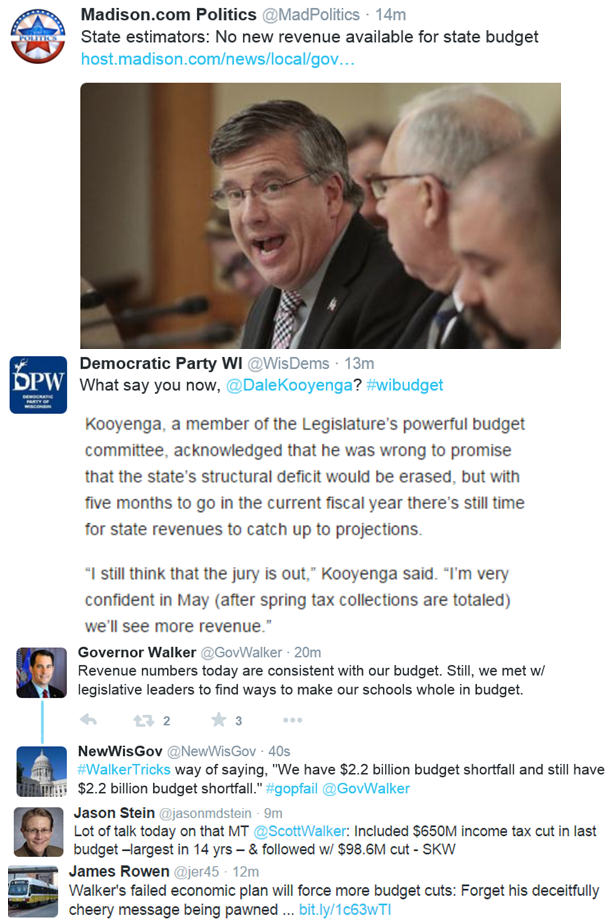 Come on conservative voters, don't tell me you'll let these guys talk to you like this:


The Joint Finance co-chairs stressed today the revenue projections remain on target compared to what LFB announced in January. They also stressed the $2 billion in tax cuts Republicans have pushed through in recent years.

Weirder still, who knew budgets weren't for paying bills, but showing priorities? Like WEDC's lost loans and payouts to outsourcing companies? Getting rid of the state university and parks the taxpayers built? It's all about "priorities:"