Dumb Ron Johnson describes Scott Walker…sorry, I meant Russ Feingold as a “career politician.” “He’s addicted to it,” and “simply run(s) for office to be somebody with a big title. We don’t need that.”

This isn't the first time Dumb Ron Johnson has bashed someone as a career politician, never grasping the idea that he could very well be describing Scott Walker. Seriously, see for yourself: 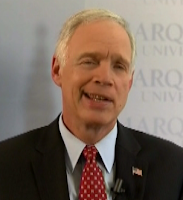 
"Russ Feingold is a career politician. He's addicted to it. He just can't stand being away from it, and so he's just got to announce."

"Russ Feingold ...what did he do? He built government. He built it larger and more intrusive. What we do not need are career politicians that simply run for office to be somebody with a big title. We don't need that."

Thank you Ron, we'll all keep that in mind about Scott Walker. Oddly, the description fails to come close to Feingold's time as senator, and away from office as a professor at Stanford University in California.

(Ryan) had voted for the Bush stimulus, along with the Bush tax cuts, the Bush wars, the Bush security spending binge, the Bush prescription drug benefit, the Bush highway bill that included the Bridge to Nowhere, and the Bush bank bailout. Fiscal conservatism!

So Johnson's shot at Feingold sounds hollow, dumb even. And Johnson is back to his old tricks of passing absolute nonsense along as fact. That's why I gave him his name: 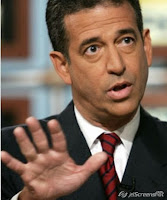 “With Russ Feingold plotting his return to power, it’s worth remembering that when he voted for the failed $830 billion stimulus...”

Forward Progress corrected Johnson's recollection of the past:


Amazing isn't it? Here we are, coming off the best economic year this country has experienced since the Clinton presidency, and Republicans continue to try to claim that the 2009 stimulus package was a failure. Not to mention that the stimulus didn't just help create jobs, it also aided in saving millions of jobs that might have been lost.

Speaking of nonsense, WISGOP has reared its ugly head with coordinated support for Johnson: