Kansas' supply side disaster for K-12 warning to voters in 2016.

The $126 million cuts to K-12 continues the school funding slide in Wisconsin, with more to come if republicans have their way. But check out what happened in Kansas when the state cut $51 million a little over a month ago in March for the current school year (on top of their past cuts): 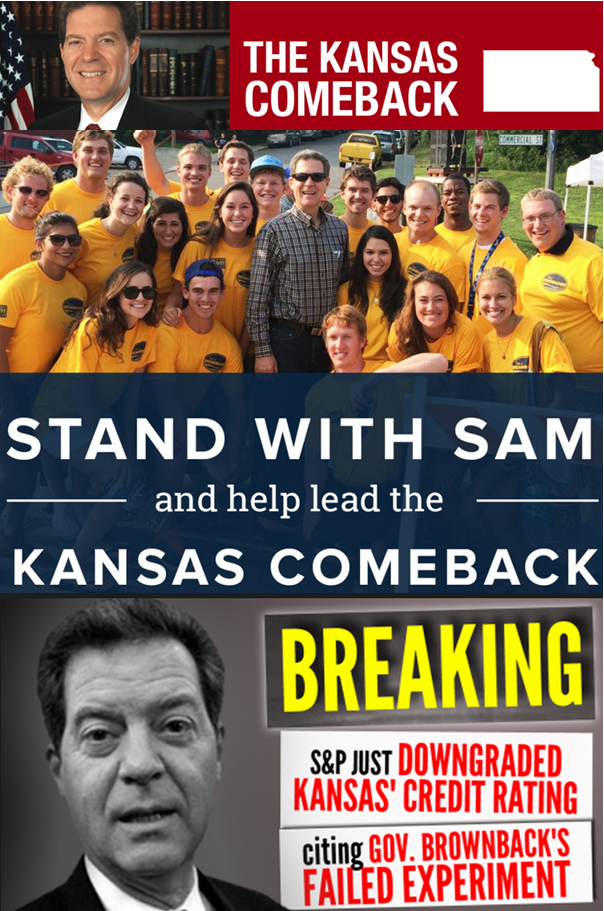 Kansas shows us what could happen if Republicans win in 2016: At least 8 Kansas school districts recently announced that they’re starting summer break early this year … It’s because these schools ran out of money, thanks to state leaders’ decision to ax education spending midyear to plug an ever-widening hole in their budget. Kansas politicians ... may also be doing the rest of the country a favor, by giving us a preview of what might happen if Republicans control the White House and Congress after the 2016 ­election.

Supply Side Infallibility…as long as you continue to cut taxes and public services:

The consequences in Kansas, after all, are a result of fulfilling the great Laffer Curve dream that has Republican presidential hopefuls such as Marco Rubio, Scott Walker and Chris Christie all salivating: dramatic tax cuts, concentrated among those at the top, coupled with the promise that such action will, through trickle-down voodoo, increase tax revenue and boost economic growth.

Kansas’s elected officals have a decades-long history of shortchanging students, and the state has been subjected to multiple lawsuits over whether its funding levels violated the state constitution’s requirements for adequate and equitable public education spending. The most recent major case was filed in 2010 before Brownback took office. The state’s Supreme Court found school funding levels indeed to be unconstitutional ... the state appealed the decision and has since cut funding further.

The results conservatives seem quite happy with?

For districts, that has meant permanently closing a school here, expanding class sizes there, eliminating a math and science teacher here, maybe instituting pay-to-play athletics there. Teachers in the schools that are closing early are hustling to revamp their curricula so they can still cover all the material the state requires. Students are feeling the heat, too.