Hotel Association trying to freeload off communities that bring them business!!!

More cronyism!!! This time from the brother of Senate Majority Leader Scott Fitzgerald, Jeff, who’s pushing a change in how room taxes are used.

Even worse, it appears the hotel association wants to bite the hand of the community that feeds them customers; they don’t like some of that room tax going into, and improving, the local community. Huh? jsonline: 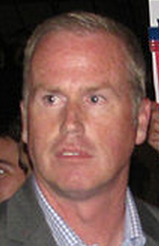 Hotel owners say that they resent having rooms taxed, ostensibly to help promote tourism, and then having much of the money diverted to pay other costs for the local community. Republicans voted over Democratic objections to put new limits on the use of local room taxes; dozens of other cities could have their room tax spending shifted in the coming years more toward the promotion of tourism in their areas and away from their general operations … the city of Brookfield said that if the room tax changes stay in the budget, his city stands to lose as much as $400,000.

It's easy to see why this is happening, special interests Scott Walker said he was fighting: