"Heavens no" says Rural Schools Alliance to Rep. Czaja's "anyone can teach" solution.

Now anyone can teach our kids, says one rural republican politician. Voilà, no more teacher shortage.

Underfunded rural schools, struggling desperately to keep their teachers from leaving and schools open, just got the conservative kind of help they voted for in the last election. Not surprisingly, they're not liking it one bit. jsonline:


But a rural schools leader said that's not what rural schools asked for. "Heavens no," said Jerry Fiene, executive director of the Wisconsin Rural Schools Alliance. "This totally destroys any licensure requirements that we have in Wisconsin. It's very concerning."

New Low in Stupidity: May I introduce you to Rep. Mary Czaja (R-Irma). But she's not alone...her fellow dullards in the assembly love the idea:


Anyone with a bachelor's degree could be hired and licensed to teach sixth- through 12th-grade English, math, social studies or science in Wisconsin And any person with relevant experience — even a high school dropout — could be licensed to teach in any other non-core academic subject in those grades.

Of course Czaja was ready to explain her well thought out plan...right?


Czaja said the idea was to help schools fill specific niche areas … But when pressed about the impact of the broader provision, Czaja agreed it might make it easier to become a teacher in Wisconsin than in any other state.


"The districts are going to be the ones that hire these people, and I firmly believe that they're not going to throw somebody in there that isn't doing a good job. This is just flexibilities. They don't have to use it."

Czaja couldn't name any districts that had asked for the broader flexibilities.

"They don't have to use it." But if they did, imagine the "flexibilities," like Sup. Tony Evers:


State Superintendent Tony Evers said "It essentially takes the licensing system out of the state's hands and puts it in 424 school districts' hands. If you're a buddy of the superintendent or the principal, you go in and say, 'Gosh, I want to teach here,' he or she says yes, you've got a license."

The Scary Bottom line; your average citizen politician is now designing education policy, not educators and those egg-headed elitist know-it-all researchers. Ugh, I hate them and their smarty pants objections.

This is the way we're going to compete with those high scoring students in Europe? They have a
different approach to teaching. See if you notice a difference: 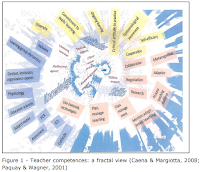 “All of Finland’s teachers must have a research-based master’s degree that’s based on a five-year degree,” said a member of the Finnish Parliament. “We also set high wages for teachers, and teaching is considered a very respected profession in our country. This includes preschool teachers—every preschool teacher must have a college degree.”

Following an informal meeting of Education Ministers in Gothenburg in September 2009 … the Council in November 2009 agreed, that: ‘In view of the increasing demands placed upon them and the growing complexity of their roles, teachers need access to effective personal and professional support throughout their careers, and particularly during the time they first enter the profession … all newly qualified teachers receive sufficient and effective support and guidance during the first few years of their careers.’

I think sums it up well:


The knowledge, skills and attitudes of each of Europe's 6 million teachers are of great importance. The quality of their teaching has a direct effect upon learners’ attainment. The demands made on teachers, school leaders, and teacher educators are increasing and changing. They are called on to play a key role in modernising education. To do that, they need to develop their own knowledge and skills. Initial education and continuous professional development of the highest quality, and access to support throughout their careers are both essential.

All of this kind of makes sense doesn't it, especially after they attacked and vilified Wisconsin teachers in order to pass Act 10. That's because anyone can teach really.