Republicans seek to protect irresponsible gun owners with laws that make everything "responsible."

I marvel at the pathetic excuses thrown around by Republicans who keep passing gun laws to make what is irresponsible...responsible. Hey, it was an unintentional moment of lawbreaking, that’s all.

Here's a rather scary example involving cops who were acting irresponsible with their guns:

Off-duty police officers would be allowed to carry concealed firearms on school grounds under a proposed agreement between the Marshfield School District and city Police Department. Marshfield Police Chief Rick Gramza acknowledged that officers may have in the past been illegally carrying guns on school property while off duty, but he said those violations were unintentional.

“It’s been happening, but it’s been happening for the good of the children of Marshfield,” he told members of a school committee, later clarifying in an interview that he is “not advocating that our officers break the law for the greater good of the community.” Marshfield Police Chief Rick Gramza said, “I think this is a step in the right direction to correct at least what we can correct.”

Correct the problem of irresponsible gun use by passing a law that makes it magically...“responsible!” 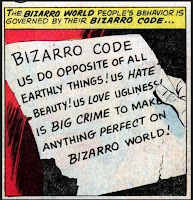 School Board member Mark Konrardy said any officers who have violated the law should be sanctioned.

Of course republicans, faced with an epidemic of public gun violence in Wisconsin, are working on ways to get more guns into those areas where there are fewer shootings: