Sociopathic Republicans want to require "work" for Health Care, say "People should prove they are worth the investment."

The public’s eye’s glaze over when republican politicians talk about turning federal dollars into “block grants.” Republicans are counting on it. Block grants cut the federal strings that protect programs from restrictive rules and complicated nanny state requirements.

Below is an example of a nanny state republican road block. As it turns out, republican controlled states are revealing their extreme nanny state objectives, rolling out incredibly invasive, many times unconstitutional rules and regulations directed at our social safety nets. It's also a simpler way to cover up for their inability to increase job growth slowed by supply side voodoo economics.

Digging deeper, here's how they use repetition and a common theme to create the illusion of fraud:

Using "voter fraud" as the template for everything else, here's the GOP standard talking point: "When it comes to "voter fraud," we've got a solution that would save money and return “confidence” and “integrity” to the system." Sounds familiar, doesn't it. That's because it now oddly applies to everything republicans want to do.

Substitute “voter fraud” in the previous sentence with “food stamps” or “unemployment.” See? This whole smoke screen became clear to me after republicans said the same thing about requiring a photo ID when using food stamps. Repetition that plays on the known conservative fear someone is getting something they're not.

Believe it or Not: A Work requirement for Medicaid? Using the same twisted logic, republicans nationally are hoping to provide health care for only those they feel have worked for it. Forget all those years of employment or possible job creation as a business owner, what have you done for us lately. According to Politico…

In nearly a dozen Republican-dominated states, either the governor or conservative legislators are seeking to add work requirements to Obamacare Medicaid expansion, much like an earlier generation pushed for welfare to work.

The move presents a politically acceptable way for conservative states to accept the billions of federal dollars available under Obamacare. The Health and Human Services Department has rejected all requests by states to tie Medicaid to work.

Most potential Medicaid recipients already work – about 57 percent, according to a 2014 Kaiser Family Foundation study. Of those who don’t work, about a third said they were taking care of a home or family member, 20 percent were looking for work, and 17 percent were mentally ill or disabled. That‘s not much lower than the national labor force participation rate of nearly 63 percent as of February 2015.

Republican Gov. Gary Herbert of Utah put it this way:


“I wanted to be able to say, ‘If you want the taxpayers to fund your health care, then you need to go out and be involved in a work program, no ifs, ands or buts.’ I've been accused by the Obama administration: ‘Well, you’re trying to turn this health care program into a work program.’ And I've said, ‘You’re right.’”

But the administration and its allies counter adding job requirements, time limits or other conditions subverts the health law’s goal of providing affordable and accessible care to the people who need it. It’s wrong to subsidize health insurance for middle-class people in exchanges while picking and choosing who among the poor deserves Medicaid assistance.

But the most grotesque way of looking at human suffering came from the most unlikely source: 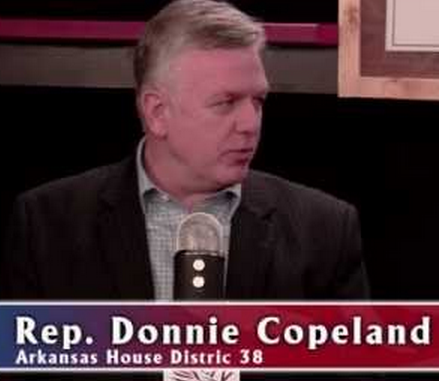 Rev. Donnie Copeland, a pastor and rookie state lawmaker, who defeated an incumbent last year on an anti-Medicaid message. “We give them some money, that’ll get them by for the day. But it’s really not helping them long-term.” Medicaid is the same, in his view. "People should prove they are worth the investment."