Scott Walker Republicans aren't just calling all the shots statewide from Madison's Capitol, like they once whined Democrats did, they're now quickly taking control of liberal Dane County, possibly turning it to a deep red.

In another big government republican power grab, the DNR will now over-develop Dane County at the expense of their water quality standards.


Republicans approved a newly introduced proposal to prevent Dane County from making decisions about its own water quality standards … require(ing) the Department of Natural Resources to handle water quality management decisions that cover issues like wastewater and sewage treatment, while banning the department from working with Dane County.

Just to be clear, according to republican Sen. Marklein, businesses have been suffering costly delays just to protect clean drinking water and the pristine lakes that make this a destination city: 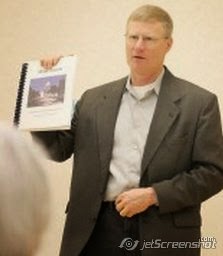 Marklein (R-Spring Green), said he put forward the measure at the behest of developers but claimed he couldn't recall their names. "I don't even remember who they were," he said. "We had a couple meetings with a couple people."

Yes, republicans are only doing this to Dane County because liberals are destroying the business climate here, unlike the rest of the state? Fourth Economy, which refers to the newest phase of economic investment nationwide that combines agrarian, industrial and technology, announced it selected Dane County for its Economy Community Index for Mega-Sized Counties for 2015. The report highlights “communities ideally positioned to attract modern investment and managed economic growth.” Dane County was ranked #2 in the top ten.

Dane County is among the strongest counties in the U.S. in terms of increasing jobs in information technology and related sectors during the five years ending in 2012, according to a report published this month ... Identified as one of the ten best places to live in the United States for three consecutive years in a row by Money Magazine (2007-09). In addition, CNNMoney.com ranked us among the top 20 places to launch a business in the United States (2009).

Home to the fastest growing population of any county in Wisconsin … consistently rank among the top communities for work and play.

If the Name Fits - Big Government Republicans - Wear it...:


The move caught Dane County lawmakers like Middleton Sen. Jon Erpenbach by surprise. Democrats bristled at the idea of Republicans writing a separate set of rules that target the most liberal county in Wisconsin while leaving the rest of the state alone.

"I know you don't like Madison, but this is no way to show it," Sen. Jon Erpenbach (D-Middleton) told Republicans on the committee."For the big government legislators out there who say state government's too damn big, this is why."

Here's coverage from WKOW and WPR: