We’re the Fox News Rumor Mill, then You Decide 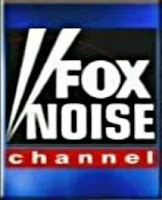 So for about a few weeks or so, we had heard that Sen. Barack Obama's half brother claimed Barack had a "muslim background," thanks to Fox News. My guess is that the few seconds disclaimer taking back the story was probably never noticed by the passive Fox News Viewer.
According to Media Matters: On Special Report, Brit Hume issued a correction following his false claim that Sen. Barack Obama's half brother had told The Jerusalem Post that Obama had a "Muslim background."
But while Hume suggested that his only "error" was in repeating a flawed report in the Post, he did not acknowledge that he had falsely claimed Malik Obama had spoken with The Jerusalem Post. The Post did not claim that Malik Obama spoke to the newspaper; the article indicated that Malik Obama gave an interview to Israel's Army Radio, not the Post.