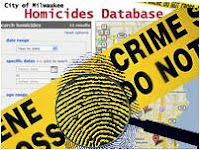 The Supreme Court ruled Americans have a right to own guns for self-defense in their homes. Try and find that in the Constitution. This activist court took on this case because of it's conservative agenda, making this the first major pronouncement on gun rights in U.S. history since its ratification in 1791.

The court's 5-4 ruling struck down the District of Columbia's 32-year-old ban on handguns as incompatible with gun rights under the Second Amendment.

The Second Amendment reads: "A well regulated militia, being necessary to the security of a free state, the right of the people to keep and bear arms, shall not be infringed."

Justice Antonin Scalia said for the majority that an individual right to bear arms is supported by "the historical narrative" both before and after the Second Amendment was adopted. The Constitution does not permit "the absolute prohibition of handguns held and used for self-defense in the home. " Again, help me find that in the one line amendment.

In one of the dumbest unsettling statements to ever pass the lips of any Supreme Court Justice, Scalia noted that the handgun is Americans' preferred weapon of self-defense in part because "it can be pointed at a burglar with one hand while the other hand dials the police."

Knuckle dragger Wayne LaPierre, executive vice president of the National Rifle Association said, "I consider this the opening salvo in a step-by-step process of providing relief for law-abiding Americans everywhere that have been deprived of this freedom," said.

NOTE: This is the second ruling in a week the strict constructionist conservative Justices used something other than the actual written wording of the Constitution. Funny how that happens.

In regards to the death penalty as a punishment for the rape of a child, a sharply divided Supreme Court ruled it unconstitutional; Justice Alito blatantly considered “changes in our society’s thinking.” A far cry from what the founding fathers wrote meant at the time.

Justice Alito said, “The fact that six states in modern times have nonetheless enacted such laws, might represent the beginning of a new evolutionary line that would not be out of step with changes in our society’s thinking."

They have their conservative agenda, they are ruling from the bench, and no one seems to give a damn or call them on it.
Posted by John Peterson, Democurmudgeon at 6/26/2008 01:36:00 PM