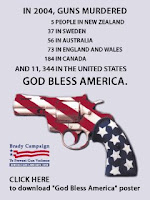 We can only wish that more shooting stories would include whether the gun was legally purchased and/or involved a concealed carry fire arm. After reading this, I wonder how many carry advocates will mention it when they brag about all the other "unreported uses" that saved thousands.