Note to Carly Fiorina, we are the DEMOCRATIC PARTY...DemocraTIC Party!!! 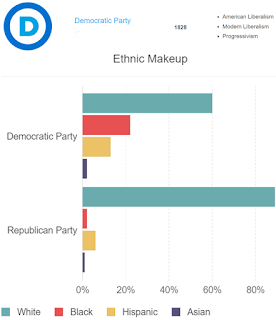 In Fiorina's new ad in response to Trump's comment about her expressionless face, she mangles the party's name and tells the Democrat Party that women are not special interests. Sorry Carly, tell that to your own Republic Party.


DEMOCRATIC PARTY: So which is it; is Fiorina intentionally spitting in the face of every Democratic American, or does she not know how to say the name of the oldest U.S. political party. I say both.

Since it's intellectually insulting, Democratic Party members shouldn't tolerate this divisive verbal attack without correcting every disrespectful Republican who snorts this out. It's time we stop being the abused partner in all this.

I edited together the offending remark from Fiorina's ad below. It's as egregious as it sounds: