While Republican governors and candidates for president continue to find ways to make college unaffordable or outright inferior through funding cuts, the current system is still an essential part of earning higher incomes after graduation. This might change soon, but for now, the Obama administration has put together a college report card we can all check out now, or look back on with fond memories in the future.

Below are the charts relating to the UW system. You can dig deeper into each college at the government site: 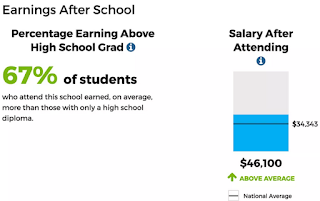 Vox: At a quarter of American colleges, the majority of students who got federal financial aid end up earning less than $25,000 per year a full decade after they first enrolled.

That startling statistic comes from an unprecedented trove of data released Saturday by the White House. The Education Department and Treasury Department combined forces to link a huge database of all students who got Pell Grants or student loans since 1996 with their income tax records, producing the clearest picture ever of how students who received federal financial aid fared in college and after.

The numbers show which colleges are living up to their promises to students, and which are not.

Adding onto the economic benefits of a college education was this just release study:


In a study published by the Economic Policy Institute, researchers Noah Berger and Peter Fisher examined correlations between educational factors and economic growth between 1979 and 2012. They found that the highest incomes were in states with the most educated workers. "There are no states with a relatively well-educated workforce and relatively low wages," the report concluded, "and virtually no states with low levels of education and relatively high wages."

The earnings also include only information on federal student loan borrowers, not all students who enroll.

Some colleges argue that graduation rates and earnings don't just reflect whether the college is doing a good job, but the students it admitted in the first place. It's not hard to have a high graduation rate when you're enrolling academic superstars from well-off families; it's much harder to help students from disadvantaged backgrounds achieve the same results. 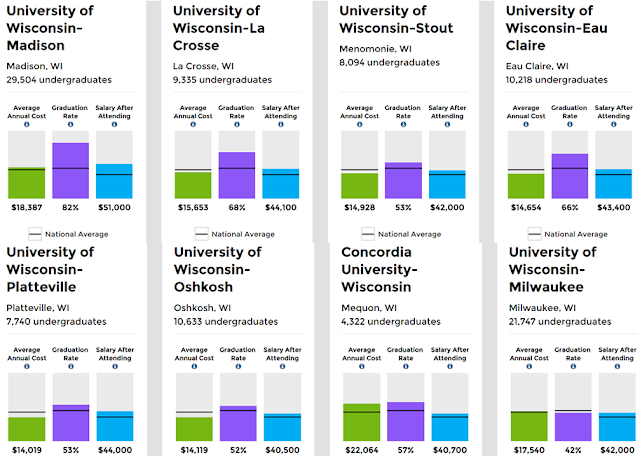 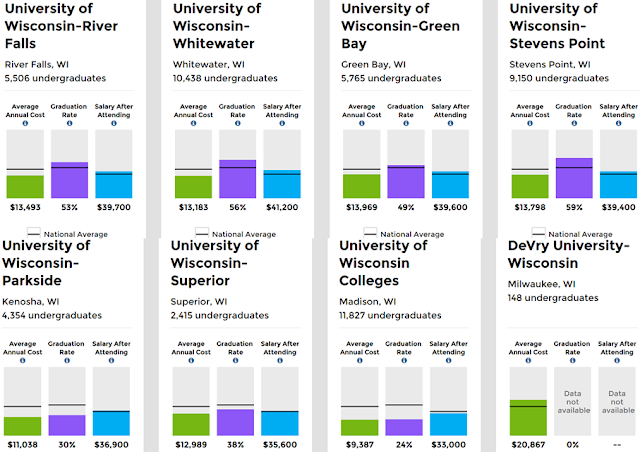