WMC opposes making it easier to get higher penalties for employer wage theft; withholding wages, working off the clock, and paying less than the minimum wage.

In an almost surreal moment of appalling honesty:

WPR: State Chamber Of Commerce Speaks Out Against Measure at Tuesday Hearing considering a bill that would increase penalties for employers who illegally withhold wages from their workers and make it easier for workers to win wage claims filed with the state.

Who in their right mind would come out against this...: 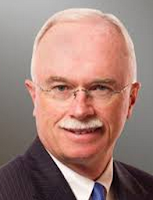 The bill makes changes to current law that protects employees from what is commonly called "wage theft," comprising everything from forcing people to work off the clock to paying workers less than minimum wage.

In the shadow of Scott Walker's announced attack on federal unions, passing a national right-to-work law and getting rid of labors watchdog for abuses, the National Labor Relations Board, WMC's total disrespect for labor logically follows:


Wisconsin Manufacturers and Commerce lobbyist James Buchen said most wage claims are without merit, or are against companies that have gone bankrupt and simply don't have the money to pay. "No amount of statutes (is) going to change the fact that there's sometimes no money — there's simply no assets to get after," he said.

Buchen said the increased penalties in the bill will encourage unscrupulous lawyers to drag out wage claim lawsuits to "game the system" for exorbitant settlements.

Fourteen other states, including Minnesota and Illinois, have adopted a similar increased wage theft penalties.
Posted by John Peterson, Democurmudgeon at 9/16/2015 01:23:00 PM