43% of Republicans support a military coup in America!

With the memory of one candidate pushing 2nd Amendment remedies, it should come as no surprise that a huge percentage of gullible Americans now actually believe in an armed coup against the U.S. government. And these are the real patriots. What if these self-righteous conservatives were in charge? They would use the military to defeat the enemy within, Democrats, and whip these lost Americans into God fearing patriots. The Guardian: 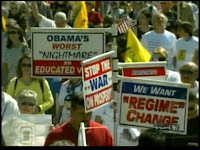 The YouGov survey showed 29% of Americans could imagine supporting a coup. Yet, 41% said they could not imagine supporting such an event. They found that 43% of Republicans would support a military coup in certain instances, while only 20% of Democrats and 29% of independents would.

Here’s where Republicans like Scott Walker would go big and bold:

The overall numbers increased when participants were “asked whether they would hypothetically support the military stepping in to take control from a civilian government which is beginning to violate the constitution.” 43% said yes to this, and 29% said no. 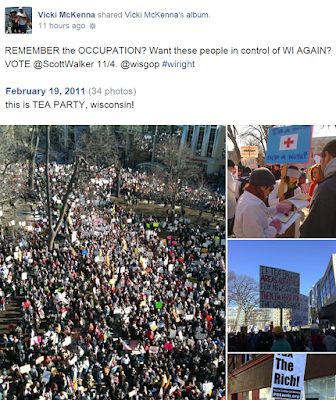 Abraham Wyner, director of the undergraduate program in statistics at the Wharton School of the University of Pennsylvania, said that online polls were “worse than just about any other way you can put together a poll” because they were prone to selection bias, meaning proper randomization was not achieved and the sample was not representative of the population – since people can choose to participate.

Nope, that didn’t make the poll results any less unsettling. A few of the pictures here support the poll.
Posted by John Peterson, Democurmudgeon at 9/12/2015 10:08:00 AM