ObamaCare forcing employers to use Part Time Workers? No.

The Atlantic: The remarkably durable myth that Obama has presided over a "part-time economy," where full-time work has been devastated by his relentlessly anti-capitalist policies. The gist is that the U.S. economy only makes part-time jobs now, and Obamacare is hastening the demise of full-time work. It turns out that the entire increase in part-time employment happened before Obamacare became a law in 2010. As for the claim that involuntary part-time work is replacing full-time work? I think these two lines tell you all you need to know.

Here's the graph that not just explodes the myth of expanded part time work thanks to ObamaCare, but proves no GOP lie is big enough anymore for the purpose of misleading their constituents: 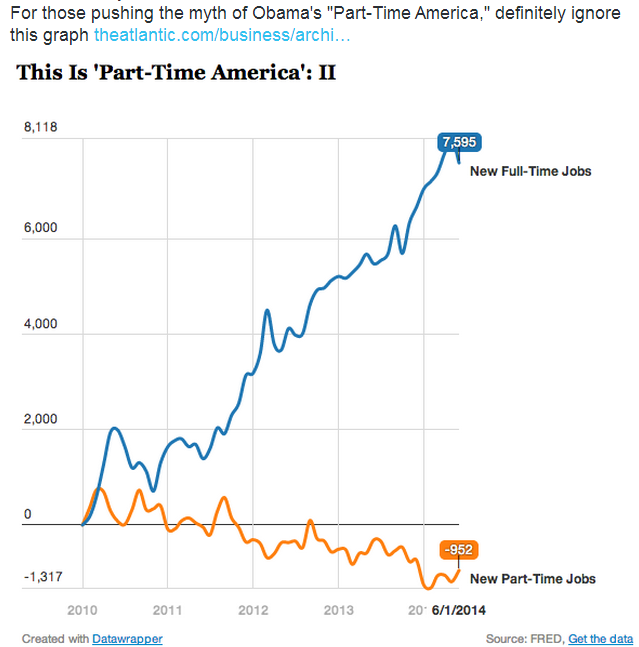