A Hobby Lobby Terrorist is Born?

Notice the frightening similarity between this highly circulated picture of the Holly Hobby Lobby caressing her gun, with a similar terrorist photo. Oops? 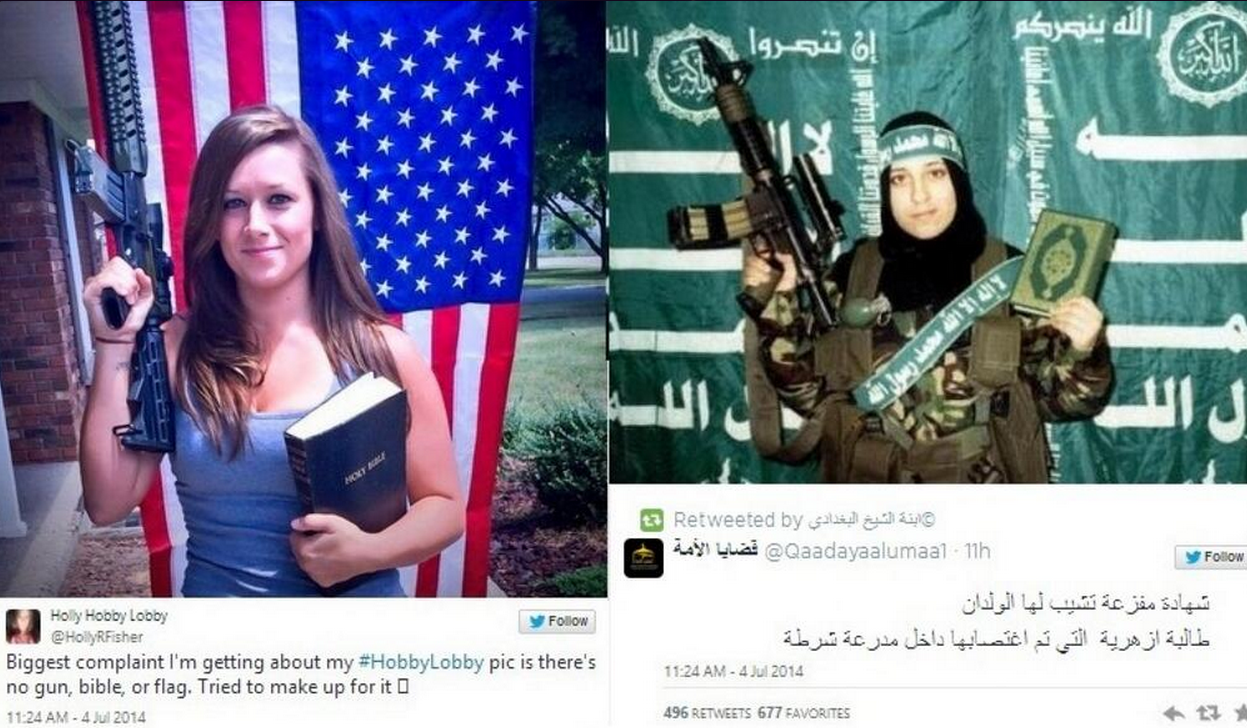 This photo is very real and worth a thousand words. Now she claims to be a victim after threatening everyone with a gun.

Holly Fisher has become infamous as Holly Hobby Lobby for the Facebook photo she posted that showed her support for the recent Supreme Court decision. Holly posted a photograph of herself standing in front of a Hobby Lobby store while wearing a “pro-life” T-shirt and holding a Chik-fil-a cup.

"I didn’t do it to try to change minds of those who disagree with me, but more so to show like-minded people that they’re not alone and it’s okay to stand up for what you believe in, even if it’s not popular right now. I want younger Americans to know it’s okay to not follow the current liberal path…”