Big Business to the Rescue: They will decide a Citizens First Amendment rights. Our new “Leaders?”

My born again conservative friend in Milwaukee called and said the Hobby Lobby decision confirmed for him that we are a Christian nation, and that businesses do have constitutional rights...that they were people.

That was the message he got from our very activist conservative Supreme Court yesterday. My 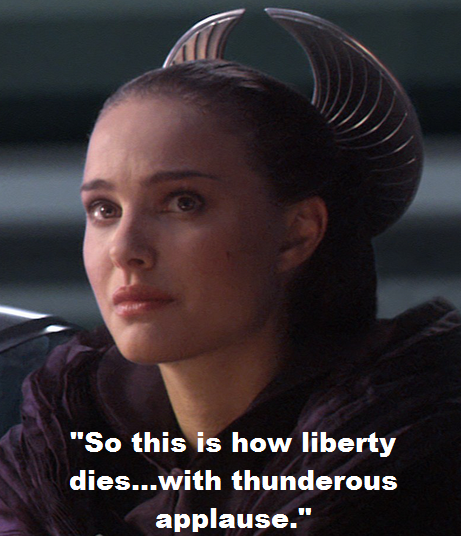 
Conservatives love their “leaders,” and with yesterdays decision on Hobby Lobby, they have given everyone a look at who they think should be in charge.

"Bossy bureaucrats;" what was thought to be a pro-choice term is a deceptive anti-choice reference that defined "boss" (the CEO of a company) to mean a meddling politician. In reality, business bossy bureaucrats are now in charge, and will see part of your private medical records. Here's a down-the-rabbit-hole example, Duluth News Tribune:


Kristan Hawkins, president of Students for Life America, a youth organization that opposes abortion, said in a statement that birth control should be a personal choice.

“As a woman, wife, mother and business owner,” she said, “I am perfectly capable of making my own decisions about birth control without having an employer buy it for me or being forced to provide it against my will to my employees. I control my life, not bossy bureaucrats.”

Employers aren't buying contraceptives for women because contraception is a medical treatment, part of our health care system, administered by doctors.

The Hobby Lobby decision is a giant but welcome step toward plutocracy, or what right wingers call freedom from government. Who would have imagined Americans celebrating the loss of their individual constitutional rights when they go to work. And yet it's happening.

I thought the following observation in Think Progress about the false premise big government wanted to control women's health, was oddly missing in the media’s coverage:

In order to cast themselves as the tolerant side working to empower women, anti-choice activists had stolen pro-choice messaging to obfuscate their position and spread misinformation.

BIG ISSUE: The real problem with the conservative activist Supreme Court decision is the abandonment of the idea that company policies cannot infringe on the individual rights of Americans working for them. That's gone now:

NEXT UP: Bossy Bureaucrats treatment of pregnant women, if you can believe this one or not:


NBC: The U.S. Supreme Court agreed Tuesday to consider how much protection a federal law gives to pregnant women in the workplace. The case centers around Peggy Young, a UPS driver in Landover, Maryland, who became pregnant in October 2006 and gave her supervisors a note from her midwife recommending that she not lift packages weighing more than 20 pounds during her pregnancy. UPS said it could not make such an accommodation, and she was required to take an unpaid leave of absence, during which she had no health insurance.