With no alternative proposal waiting in the wings to replace Common Core, and not one suggestion about how they would make education uniquely Wisconsin, big government Republicans in Madison want to toss Common Core right out the window. It's big talk to the little minds in the tiny tea party base.

Now even officials in a few conservative area's of the state are complaining:

Elkhorn School District administrator Jason Tadlock agreed: "By having a common set of general bench marks, such as Common Core, districts can leverage our efforts and resources by working with schools across the nation with an assurance that we are working toward similar levels of rigor." He said it was difficult to share resources and gauge progress before Common Core was adopted.

"I wish politicians would stay out of our way and let us do our job," Clinton Superintendent Randy Refsland said. "Politicians have enough of their own important issues they need to address."

The Cap Times may be liberal, but even they would have tried to create the image of balance in a recent question they asked about Common Core. Oddly, there wasn't one "man on the street" dissent.

Note: We should no longer tolerate listening to anyone claiming CC is a government takeover or that it's a curriculum, because it's neither. Even more moronic is the idea we should toss Common Core because so many people don't understand it. That's an answer? Just check out the comments section, and you'll see what I mean: 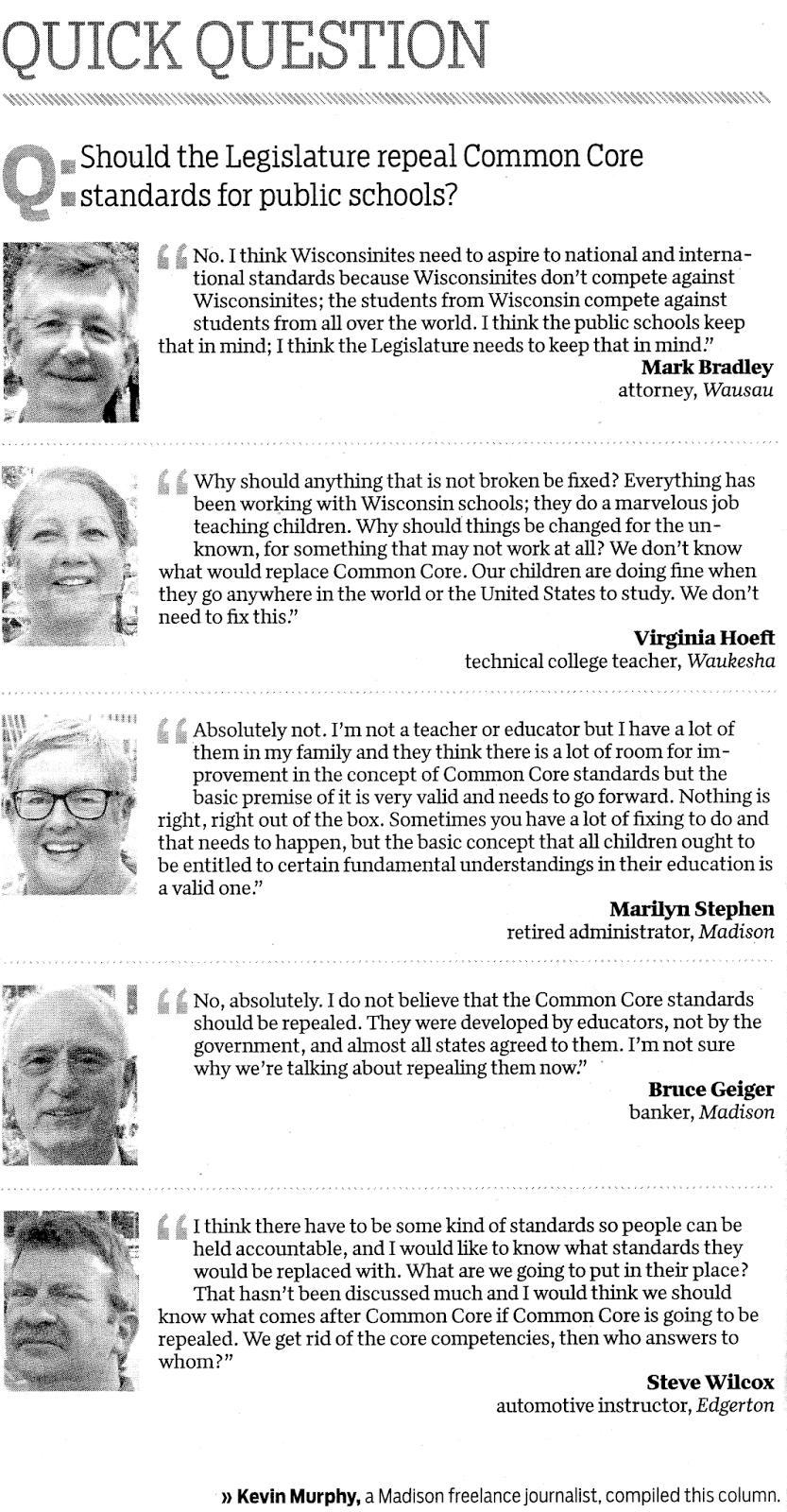