The Supreme Court is no longer limited to the facts of the case before them. It's a shocking turn Americans should be unhappy with. Hobby Lobby got their way, giving businesses religious rights, because they simply believed something that was not true.

The justices even said as much in their decision. Here's why Hobby Lobby is the conservative courts gift to the religious right. Mother Jones: 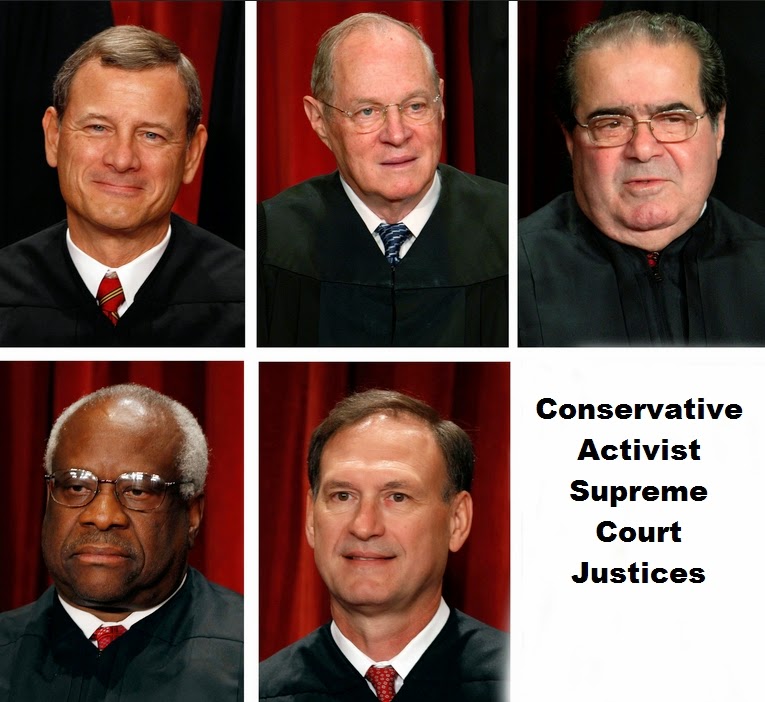 Hobby Lobby, a craft supply chain, claimed that Plan B, Ella, and two types of IUD were abortifacients that violated the owners' religious principles. The science was against Hobby Lobby—these contraceptives do not prevent implantation of a fertilized egg and are not considered abortifacients in the medical world—but the conservative majority bought Hobby Lobby's argument that it should be exempted from the law.

The court can now make things up to shape the nations social and economic norms.
Posted by John Peterson, Democurmudgeon at 7/04/2014 01:22:00 PM