Pro-Life Wisconsin on the Ugly Side of Hobby Lobby Win.

Men get all the help they want from their insurer, from ED drugs to vasectomies. But women...? The Hobby Lobby win beats back the 60's women's liberation movement with a major crack in the damn.


You don't have to be a part of any political party to know that sex is natural, and not a right bestowed upon us by the Bible for just making babies.

Freedom...with limits: And what about couples who prefer to go childless.

To conservatives, sex is dirty without pregnancy. It's not natural to have sex without babies, because the Bible says so I guess. And we are a Christian nation so it makes sense. Sex without babies is a recreational "lifestyle choice," "purely elective," and not natural:

Peggy Hamill, State Director of Pro-Life Wisconsin: "The Obama administration's decision to grant entitlement status to contraception is thoroughly ideological. It is not medical. Pregnancy is not a disease. Fertility is a natural state - it is not a health impairment to be treated medically with birth control. Birth control to prevent pregnancy is not health care - it's a lifestyle choice. Accordingly, government should not force insurance companies, businesses and individual policy holders to cover or pay for drugs and devices that are purely elective."

Right wing Tweets say as much, from Raw Story:


Ecstatic at the belief that stupid sluts (“Slut”in conservative parlance=anyone who has sex on purpose while female) are getting punished, they went to Twitter. I collected some tweets and some of the general arguments being floated on Storify. A big theme was the idea  that sex is not a normal part of human life, but some grotesque, exotic, shameful behavior that no proper woman would dare engage in. 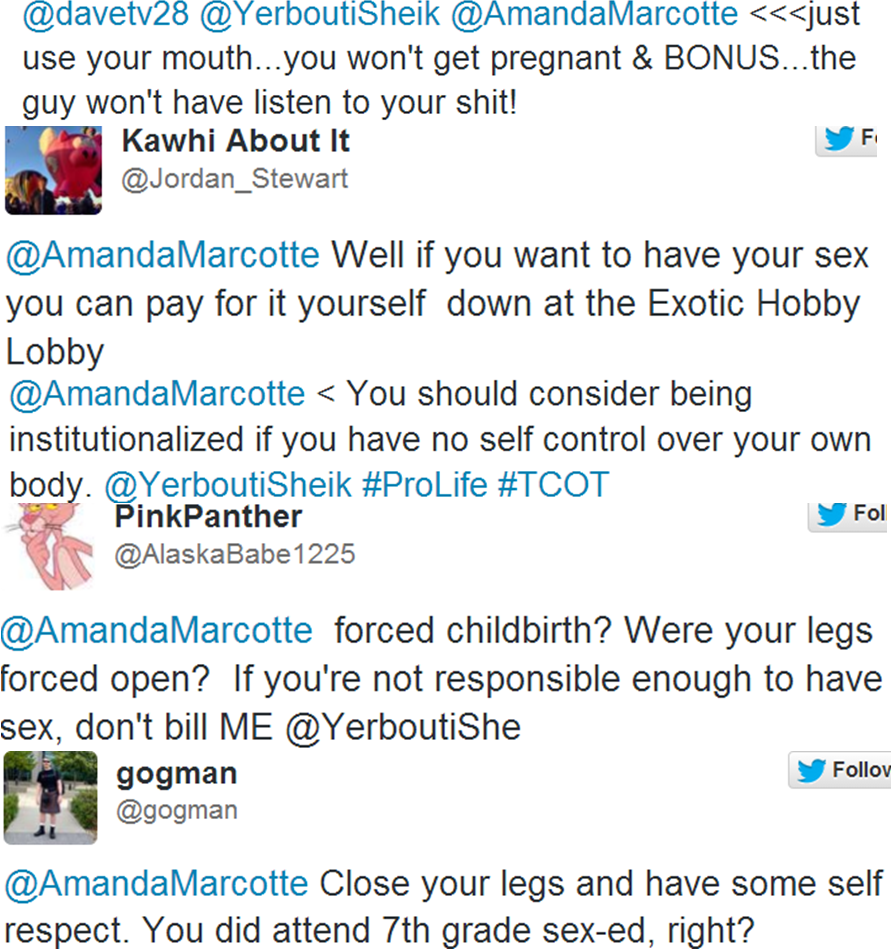