After Squeezing the life out of Badgercare, the state is running a surplus. Smart.

After Scott Walker set Wisconsin up for a downhill slide into mediocrity, and that's if we're lucky, the state revenues are up thanks to President Obama's recovery efforts...I'm sorry, thanks to Walker's dreadful jobs record.

Part of the state surplus is now is headed into the rainy day fund apparently: 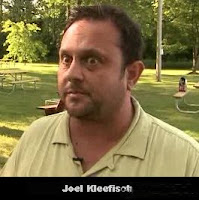 Rep. Joel Kleefisch: “The Department of Administration announced on Monday that the state finished the fiscal year with a surplus of $342 million. Governor Walker promptly deposited $108.7 million of that in the state’s rainy day fund – the largest such deposit ever.

Do we really need to keep pointing out the obvious?”

I guess so Joel…

The system of managed care for the almost 300,000 children and adults covered by BadgerCare Plus in southeastern Wisconsin may be crumbling. The state cut payment rates to the managed care organizations by 11% in 2011 and then again this year as it struggled to balance its budget.

So yeah, we've got a surplus. Now we know how important revenue surpluses are to business friendly Republicans. Gee I wonder what “job creator” needs a "free market" government handout.
Posted by John Peterson, Democurmudgeon at 10/19/2012 08:33:00 PM