Obama's Affordable Care Act getting better all the time.

The numbers are looking great for the Affordable Care Act, and that means everything the Republicans said about it were wrong.

But conservatives have a knack for flat out ignoring the truth, counting on their voters to never know the difference, and they'd be right. One of the biggest twists on reality should be coming in late June, when the supreme court could decided that despite the ACA's tax credits going to both state and federal exchanges (what congress intended) - it really wasn't what congress intended. 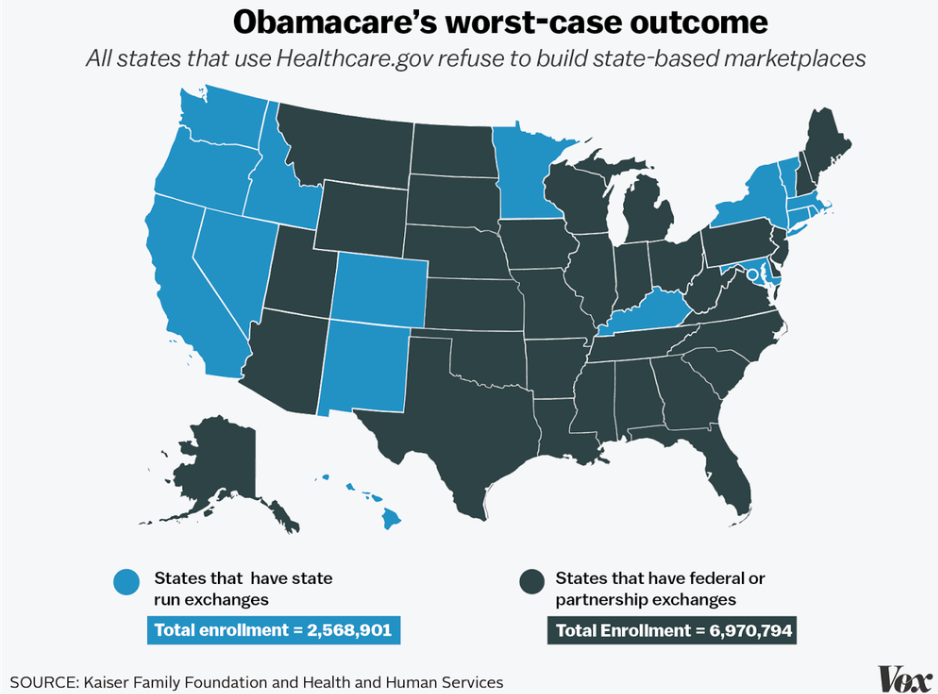 Opponents of the law argue that its literal language only allows the government to subsidize premiums in states that set up their own online insurance markets. Most have not done so, defaulting to the federal HealthCare.gov.

Supporters say that while some provisions may be confusing when read in isolation, the intent of Congress was to help consumers in every state pay their premiums.

So the progress we've made with the ACA, despite being premised on the flawed private insurance industry model may go up in smoke, thanks to what is decidedly an activist conservative court of justices legislating from the bench.

Here's another chart that no Republican can argue with...which is why they won't acknowledge how wrong they were about ObamaCare being a "job killer:" 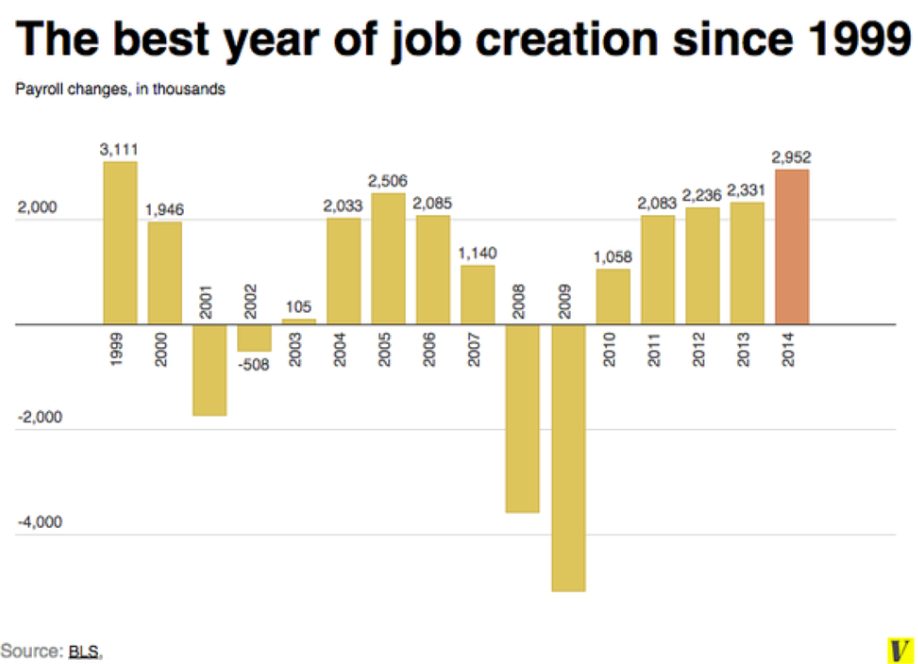