In your face: Walker strikes a defiant tone on Earth Day with DNR Scientist, Education and Communication Staff Layoff Notices.

Talk about rubbing his contempt for science and the environment in our faces.

If you had any doubts about Scott Walker's disdain has for the citizens and traditions of this state, this should end that: 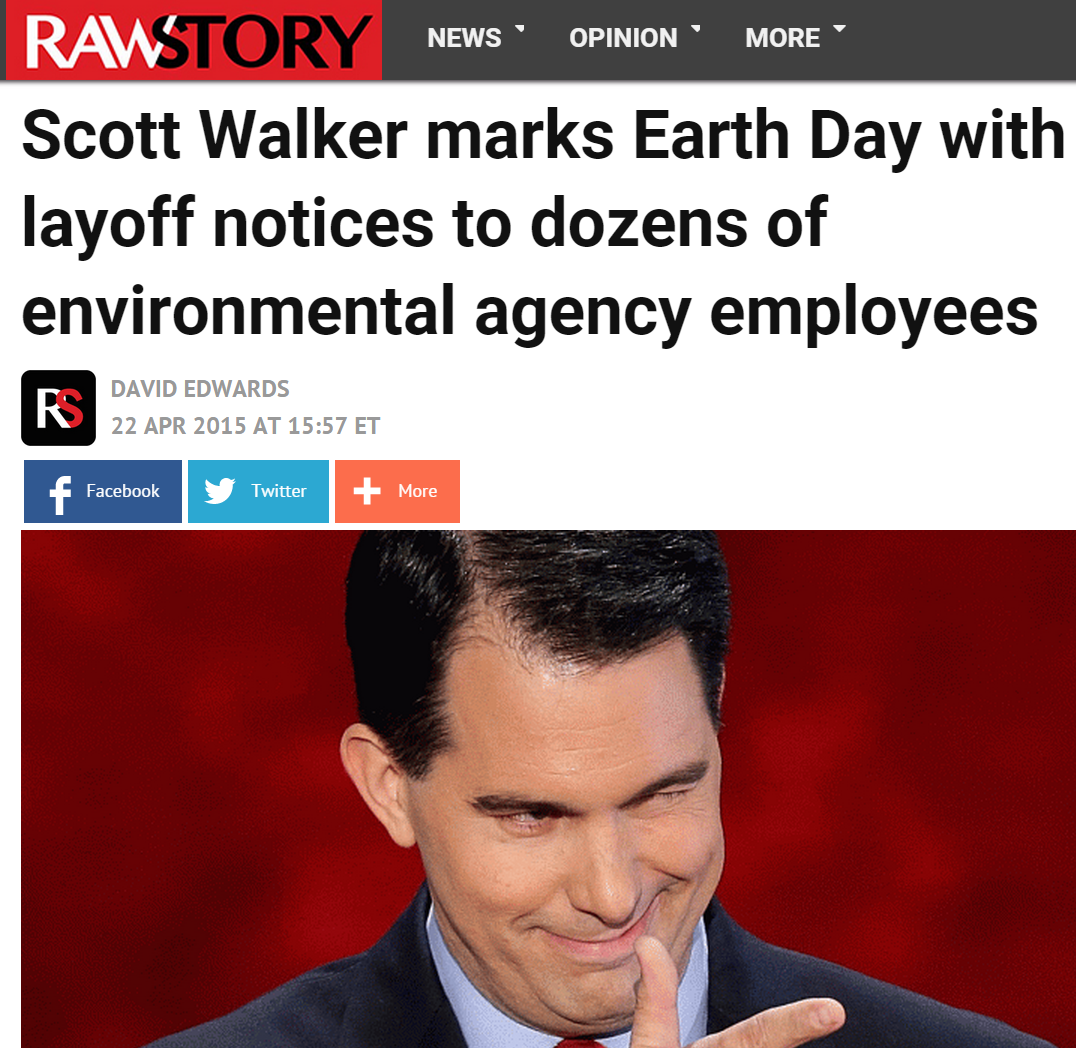 Raw Story: Thanks to Gov. Scott Walker’s (R-WI) budget cuts, at least 57 employees in Wisconsin’s environmental agency were notified just in time for Wednesday’s Earth Day that they would probably be out of a job.

Journal Sentinel: The DNR's scientific staff conducts research on matters ranging from estimating the size of the state's deer herd to to studying the effects of aquatic invasive species. Work is paid for with state and federal funds.

But we know Walker wants to politicize the DNR for big money like the Koch's:

In an email, a DNR employee circulated her concerns to others in an email asking to "do what I dare not" and contact members of the Legislature's Joint Finance Committee, which took up other DNR funding on Wednesday. "Never mind that I, like most others targeted, are federally funded or funded from (a segregated account) and not general purpose revenue," the employee said. "Thus, this measure will have no effect on the state budget."

Amber Meyer Smith, director of programs and government relations for Clean Wisconsin, told the Journal Sentinel that the cuts were a “terrible idea.” “Any real natural resources protection is based on sound science. The more science you remove from the process, the more politics you add,” she explained.

And isn't that what big government republicans are all about?