Big government Republicans have decided to win the climate change argument by simply not letting anybody talk about it. Ta-da.

This was a big enough story for even Bloomberg Business to cover because it was so bizarre. We really are becoming the laughing stock of the nation.

State Treasurer Matt Adamczyk, a Republican who ran on the pledge to eliminate his position, caused a stir his first few days when he banned the New York Times, saying "We live in Wisconsin and we don't need a subscription to this publication."

Adamczyk summed up the ban this way:


It just seems silly that we would have to. But I’m not the one that’s been engaging on this topic for years.”

This from a guy trying to destroy his own office. By the way, who would vote for someone promising to blow things up? 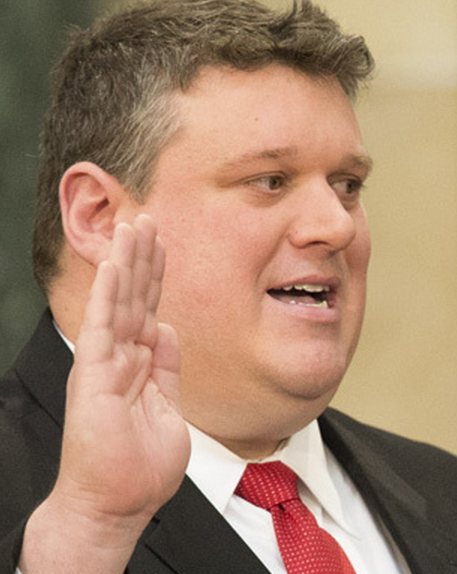 Discussing climate change is out of bounds for workers at a state agency in Wisconsin. So is any work related to climate change—even responding to e-mails about the topic … Wisconsin’s Board of Commissioners of Public Lands overseeing an agency that benefits schools and communities in the state, enacted the staff ban on climate change.

The board’s executive director, Tia Nelson, the daughter of Gaylord Nelson, the U.S. Senator from Wisconsin who established Earth Day in 1970, had spent on-the-job time working on global warming in 2007 and ’08—at the request of the governor. “It honestly never occurred to me that being asked by a sitting governor to serve on a citizen task force would be objectionable,” she said.

This is becoming standard operating procedure for Republicans, who believe banning speech will silence their opponents and make it all go away:

The measure affecting a small number of Wisconsin state workers follows an alleged effort by the Florida Department of Environmental Protection to stop employees from using the terms “climate change” and “global warming” in official communications.

The move to ban an issue leaves staff in the unusual position of not being able to speak about how climate change might affect lands it oversees. “Having been on this board for close to 30 years, I've never seen such nonsense,” Wisconsin Secretary of State Douglas La Follette, a Democrat.

Nonsense and "silly," banning topics Republican oppose just substantiates what I've been saying all along about right wing authoritarianism. Not quite the vision of the founding fathers:

State Treasurer Matt Adamczyk, a Republican who sits on the board said that if Nelson receives an e-mail asking about climate change, “she can forward it to us”—the board—“and we can all look at it. I would prefer that we didn’t have to prohibit stuff like this. It just seems silly that we would have to. But I’m not the one that’s been engaging on this topic for years.”