Dumb Ron Johnson loses ObamaCare lawsuit!!! Court to Dummy: "He could not be accused of participating in an illegal scheme if he declined to participate."

Poor Dumb Ron Johnson. Once a fool always a fool...

A federal appeals panel sided with a lower court Tuesday to throw out a lawsuit over Obamacare brought by U.S. Sen. Ron Johnson and one of his aides.

Even funnier than some of the things Johnson's says is the judges decision to throw the suit out. I just love this: 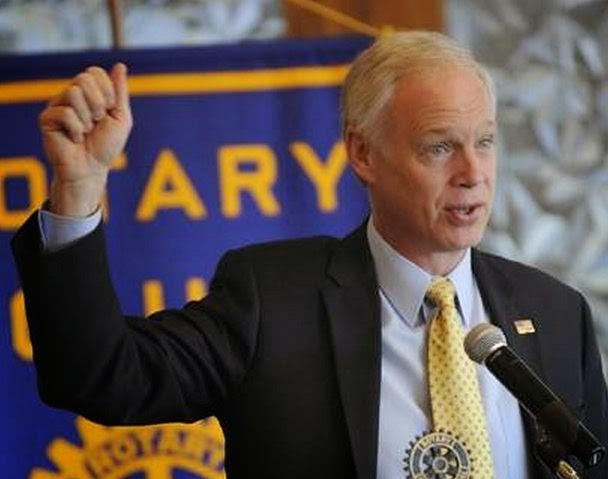 A three-judge panel of the U.S. 7th Circuit Court of Appeals in Chicago on Tuesday unanimously agreed: "Respectfully, we do not see how Senator Johnson's reputation could be sullied or his electability diminished by being offered, against his will, a benefit that he then decided to refuse," the panel wrote. "He could not be accused of participating in an illegal scheme if he declined to participate."

Yikes, did I detect a little sarcasm? Of course, like the clown we know him to be, Johnson had a quick unintentionally humorous comeback:

In a statement, Johnson expressed frustration at losing for a second time because of a "legal technicality." "We've lost a battle in court, but we will continue to move forward in our effort to return sanity, fairness and balance to government on behalf of the American people."