Republicans/Walker not on the same page as Wisconsinites by a long shot.

We've heard it from Republicans for years; they’re doing what the public elected them to do. Elections have consequences. Not a positive sounding message. Really, the public wants this?

The public is saying no.

Is this enough to get conservative voters to “throw the bums out,” and go with a Democrat? We can only hope.

Gov. Scott Walker's approval rating of 41 percent is its lowest in three years, according to the latest Marquette Law School Poll … the public overwhelmingly opposes Walker's proposed cuts to K-12 education and the University of Wisconsin System, the poll shows.

How could a guy get it so wrong? The media never seems to ask that one simple question. Walker and the majority Republicans can try to adjust the original budget, but that doesn't change the governor’s out-of-touch and out of whack priorities. And the public doesn't like it.

Walker’s promise to do for the country, what he’s done for Wisconsin, is not really a good thing:

Those polled who said Wisconsin is headed in the right direction -- 43 percent in the recent poll compared to 51 percent in October.

And Dumb Ron Johnson isn't fooling anybody either, according to the poll.

And former Sen. Russ Feingold, a Democrat, outpaces the man who defeated him, Republican Sen. Ron Johnson 54-38 in a hypothetical matchup for 2016.

Hyperbolic BS about their Success: This is common theme for Republican governors running for president. Almost all of them are tanking their state economies with over-the-top tax cuts, forcing their legislatures to make draconian, just to pay their existing bills. And they want to do that nationwide?


The poll also showed widespread opposition to Walker's proposal to cut $300 million from the University of Wisconsin System: 70 percent oppose the proposed UW System cuts. Lawmakers have also suggested possible restoration of a portion of the proposed cuts.

Like that’ll be enough to make things right? Or how about this no brainer:

Buying Walker’s tax cut bullshit for just $5 a year…don’t think so. Scottie actually thinks this silly statement explains away everything: 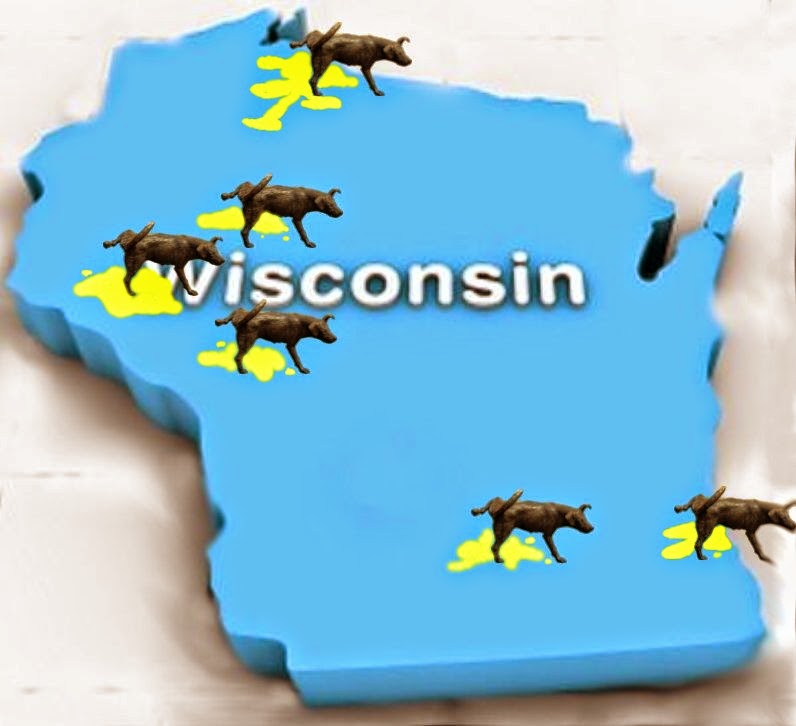 He said there has been “little or no talk” about how the budget lowers property taxes and caps UW System undergraduate tuition. The budget lowers property taxes on an average Wisconsin home by $5 in each of the next two years. “Those are all really positive things and really nobody is talking about those things,” Walker said. “They’re only talking about things where there might be some level of disagreement.”

The master of understatement…yes, funny thing, we’re talking about a very disagreeable budget.

The poll also found that 60 percent of those surveyed opposed Walker's plan to make the Department of Natural Resources board advisory only, putting more control in the hands of the administration.

Gee, who could have predicted such opposition. Certainly not Walker, who seems surprised:

Republican leaders of the state budget committee announced this week they removed that proposal from the budget.

Last, but definitely not least:

• 54 percent oppose, and 37 percent support, lifting the 1,000-student cap on vouchers statewide, as Walker has proposed.

• 44 percent oppose making those on Senior Care drug coverage use Medicare Part-D while 30 percent support the idea. One quarter of those surveyed had no opinion.