Walker puts Wisconsin near top of the list for Worst Roads in the Nation.

If you’re going crazy figuring out how to spend your $5 property tax savings bestowed upon us by Scott Walker, I've got an idea. Fix your car.

It’s the old, “save a little, spend a lot/penny wise, pound foolish" dilemma republicans gave into long ago. It's not just unworkable, but it's also an inconvenience they're not willing to reconcile. Wisconsin Rapids Tribune: 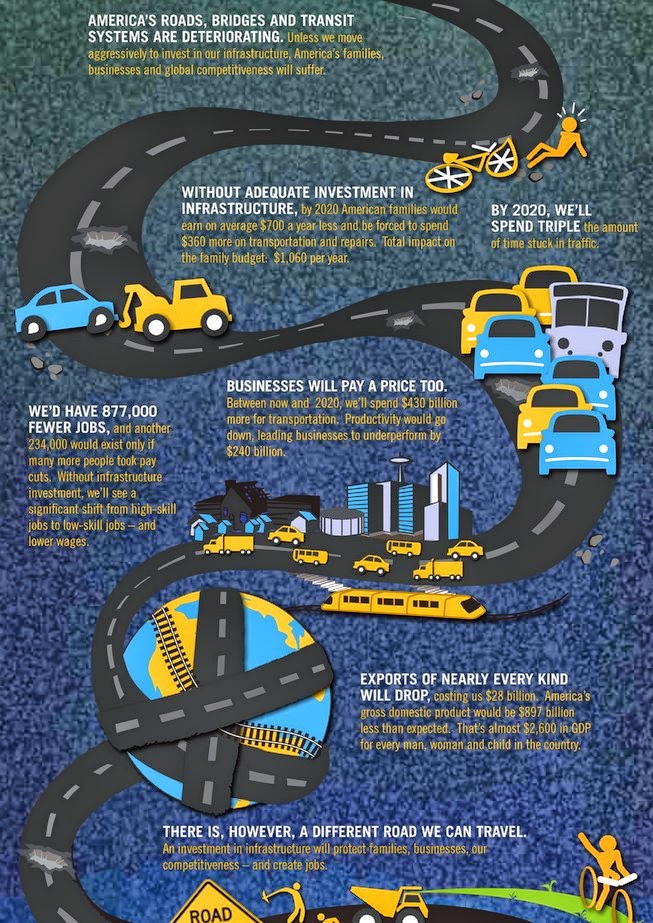 Wisconsin's roads are the third-worst in the nation and the potholes and other problems that plague them cost drivers in some cities almost twice the national average in repairs and associated costs, according to a new study of the state's highway system.

To make matters worse, republicans can’t increase taxes because they've taken a pledge to uphold an idea created by a 12 year old many years ago. Sadly, that 12 year old never grownup, but he is older. He's Grover Norquist.

The party of big business has some explaining to do:

The study found that if the state's roads aren't brought back into good condition, it could harm Wisconsin's struggling economy, which is rebounding from the Great Recession more slowly than other states in the Midwest. Companies that are considering moving to Wisconsin could choose to relocate in states with better infrastructure that doesn't cost them as much in annual repairs.

Currently, the state is budgeting 27 percent of the transportation funds … In 1993, the state dedicated 36.2 percent of road revenue for local governments.

Of course, we could also pretend things could be worse, and save lots of money by putting off unpopular ideologically tough decisions:

State Sen. Jerry Petrowski, R-Marathon, is chairman of the Committee on Transportation and he thinks Wisconsin's roads still are in better condition than those of its neighbors.