The latest rage; the Badger Cummerbund?!!

Who knew this would overtake the Badger victory over Kentucky?


YahooSports: While the game between Kentucky and Wisconsin got off to a fast start, some viewers just haven’t been able to look past the Badgers’ red and white Adidas uniforms. Twitter exploded with jokes about Wisconsin’s gear – especially the large white cummerbund-like stripe at the top of the team’s shorts.

It's prom season, and not too late to celebrate the badgers....personally, I liked the Waldo reference most of all: 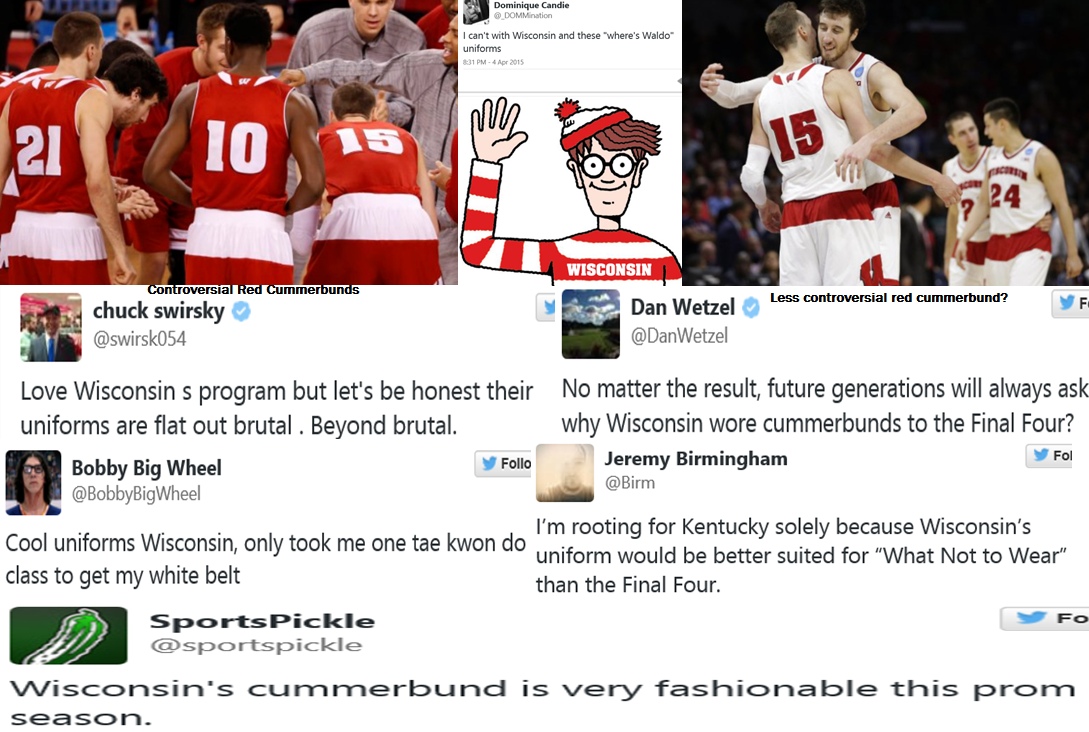 While this happened in Kentucky: